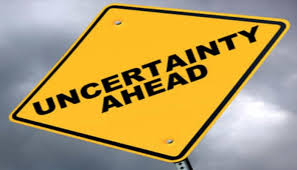 Turkey is seeking to end 2020 with a positive economic growth rate despite negative forecasts due to the coronavirus crisis, the country’s treasury and finance minister said Wednesday.

Turkey will be one of the least affected countries by the coronavirus outbreak in employment and growth, Berat Albayrak told national broadcaster TRT.

He noted that the Turkish economy is projected to post growth in the first quarter of this year.

With the first COVID-19 case detected in Turkey in mid-Mach, the impact of the pandemic was earnest in April. While many countries are expected to see a serious recession in the second quarter of this year, Turkey will be less affected compared to others, Albayrak underlined.

Pointing to Turkey’s ‘Economic Stability Shield’ package unveiled this March to help companies cope with the economic fallout of the virus, Albayrak said the value of the relief package has reached 260 billion Turkish liras ($38 billion) so far. Albayrak recalled that with the multiplier effect, the size of the bailout package had hit nearly 600 billion liras ($89 billion), equivalent to 10%-11% of the country’s GDP.

He stressed that normalization after the coronavirus crisis will start in Turkey as of June, like the rest of the world. “We are entering a period where gradual buoyancy will start in exports, trade, tourism and the domestic market in June and July,” he said. “Turkey will pursue policies based on production and borrowing with local currencies,” Albayrak underlined.

His optimism about the economy is not shared by global forecasters like IMF, World Bank, OECD, or locals.  The former three all forecast recessions for Turkey in 2020.  What the locals think is reported by China’s Xinhua news agency:

“We are eager to return to business. Our production did not fully stop, but the repeated weekend curfews and the last full lockdown have affected us,” Mehmet Altay, manager of a car parts shop in Ankara, told Xinhua.

The shop has over 20 employees, half of whom had not received any wages since the start of the COVID-19 outbreak in Turkey in mid-March, as they were temporarily laid off.

“Now they are all back here, because we want our business to return to its level before the pandemic. We don’t know if we can, but we will try with strict (social distancing) rules in workshops,” Altay said.

Turkey records the highest number of coronavirus cases in the Middle East region, with over 160,000 cases so far. New infection numbers have been dropping for some two weeks, prompting authorities to fully restart economic activities.

President Recep Tayyip Erdogan has unveiled a stimulus package, totaling over 29 billion U.S. dollars, to protect the economy, but observers said it is not enough for an economy as big as Turkey’s.

The Turkish leader opposed long-term full lockdowns, arguing that the nation had to keep the wheels of the already vulnerable economy turning.

Now as restrictions are being eased, rail and road travels have resumed this week with 50-percent capacity. Domestic and international air travels are expected to follow in early June.

Turkey may see a comeback in strategic sectors such as tourism, which accounts for 10 percent of the country gross domestic product (GDP).

Cafes, restaurants and other public places are also expected to reopen in June with a set of strict distancing rules that would prevent them from running at full capacity.

Economists argue that Turkey is confronted with new challenges as the Turkish lira could suffer a new wave of decline amid dwindling foreign currency reserves.

“Turkey’s economy has avoided the worst-case scenario of an economic collapse in the face of the COVID-19 pandemic, yet the damage is real and significant, although our citizens may not feel it instantly,” said Altay Atli, an analyst from the Istanbul Bogazici University.

“The Turkish government expects the economy to normalize in the second half of the year, however, normalization will come gradually,” indicated Atli.

The expert also believes that there is light at the end of the tunnel for the economy if Ankara takes actions to address structural challenges of economy, such as high public deficit and inequalities in income distribution.

Turkey’s small and medium-sized enterprises have been severely hit by the lack of business during lockdown restrictions amid reported bankruptcies.

In Ankara’s downtown Kizilay district, home to many shops and cafes frequented by youths, there are clear signs of the fallout of the coronavirus. Customers are fewer than before the outbreak and some stores are shut down and won’t reopen anytime soon.

“Our next door neighbors closed the store three weeks ago. They couldn’t make money while still having to pay the rent, so they left,” said Seref Aylan, co-owner of a kebap shop next to what used to be a trendy tea house.

“Unlike them, we offer take-aways, so we managed to survive,” he added.

The food and service sectors in general have taken a serious blow during the pandemic.

Turkish baklava makers, who are usually busy making the traditional Turkish dessert ahead of the Eid al-Fitr, have seen their businesses drastically drop during the crisis.

Mehmet Yildirim, head of the Association of Baklava and Dessert Producers in Turkey, told semi-official Anadolu Agency that this year’s production fell by staggering 50 percent over lack of demand.

The coronavirus outbreak has also impacted the paychecks of half of Turks, who said they’re earning less than the pre-pandemic period, while nearly 15 percent of people said they have lost their jobs, according to a recent survey conducted by Ankara Social Research Center.