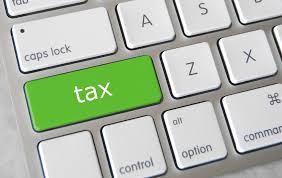 Turkish government is trying to cover the FX shortage and budget deficits caused by the coronavirus outbreak with new taxes. However, the steps taken over Eid el-Fitr raised  “capital control” concerns in the economy, which economy czar Berat Albayrak said would never be implemented.

Because of the growing budget deficit in Turkey, the government is raising taxes in many areas. The Cabinet’s economy team, which levied additional taxes on imports of thousands of products before the Eid al-Fitr, stepped up its game by raising the tax levied on foreign currency and gold purchases of retailers in the first day of the holiday.

According to economists, the government is trying to cover the resource deficit caused by the coronavirus outbreak with new taxes for citizens. However, the steps taken raise the “capital control” concerns among international investors.

As of May 24, the first day of Eid al-Fitr, the Bank Insurance and Transaction Tax (BITT) rate for foreign exchange and gold transactions was increased from 0.2 percent to 1 percent. In other words, 1 dollar of every 100 dollars purchased by citizens and 1 gram of every 100 grams of gold will be transferred to the state’s coffers! With the mentioned taxes on foreign exchange and gold, approximately 12 billion TL new  income will be obtained annually by the Treasury.

Another tax increase  came to short-term paper of commercial banks which citizens prefer instead of TL deposits. The withholding  tax for  individual investors buying these bills has been increased from 10 percent to 15 percent.

“Despite taxes, demand for foreign currency is increasing”

According to Nedim Türkmen, a certified public accountant and columnist at SOZCU Daily, the main purpose of the taxes is to limit the demand for foreign exchange.

Turkmen said that additional taxes were imposed on thousands of imported products. However, in order for Turkey’s economy to produce “intermediate goods have to be imported,” he said, and “the taxes introduced to foreign exchange and gold  transactions aim to change people’s savings habits,” he said. Turkmen also said that, during the crisis in August 2018 cause by the detention of American  pastor Brunson, 45 percent of deposits in Turkey were in foreign currency. He said “Since then, withholding tax applied to foreign currency accounts has been increased by 3 times. Despite this, the share of foreign currency in Turkish banks has increased to 57 percent at the moment. Currently, the total of foreign currency accounts in banks reaches $200 billion.”

“People are starting to keep their money at home”

Turkmen warned that the taxes imposed by the government to “deter citizens from holding foreign exchange and gold” may cause the establishment of a dual exchange rate after a while, “To date, restrictions on foreign exchange demand have not been able to prevent citizens from turning to foreign currency. I do not think these new attempts will be successful,” he said.

Turkmen underlined that “distrust of the government” is the main reason for citizens of Turkey to turn to foreign exchange and gold. “If you provide confidence in the economy, there is no need to take such measures. Fear increases “liquidity preference” of  citizens. In the last 2 weeks, people started to withdraw their deposits from banks and put them in their homes, we see this from the weekly numbers” he said.

Treasury and Finance Minister Berat Albayrak, at the conference held with international investors on 7 May, stressed that in Turkey  “The principles of free market certainly cannot be given up. There is no capital controls and will never be, ever. ” However, recent regulations may also raise investors’ ‘capital control’ concerns.

Economist Dr. Cuneyt Akman said that for 20 consecutive weeks, foreign investors withdrew their portfolio investments in Turkey. In 2012, foreigners held Government Debt Securities (GDS) worth $60 billion, which decreased to $7 billion as of last week, added  Akman, “According to recent BoP data, Central Bank foreign exchange reserves decrease of $16 billion in Turkey, this has been a historic decline.” he said.

Stating that it is not right to define as “capital control” the latest tax arrangements, “but there is a trend in this direction”, said Akman“ If the meltdown in the exchange rate and shortage of foreign exchange reserves cannot be stopped, we  will go to capital controls.”