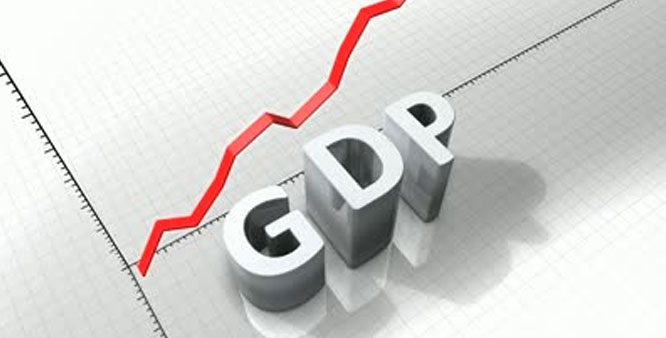 Turkey’s economy posted 1Q20 GDP growth of an annual 4.5 percent, the Turkish Statistical Institute said on Friday.  The magnitude falls short of the market expectations that had ranged in 4.9 percent to 5.4 percent.  GDP growth in the final quarter of 2019 was at 6.0 percent.

On a quarter-on-quarter basis, Turkey’s economic growth at 0.6 percent following 1.9 percent in 4Q19 reflects a loss of momentum even before COVID-19, despite all the rate cuts and subsidized state bank loans to jump start investments, lending and consumption.

In fact, it was mostly the government spending that fueled growth in the first quarter of 2020.

In further details, the government final consumption spending was up by an annual 6.2 percent in the January-March 2020 period focused on durable goods (+14.5 percent). Consumer spending was not bad with a hike of 5.1 percent.  The manufacturing sector was stronger with 6.2 percent annual growth, while the drop in the construction sector prevailed with 1.5 percent on annual basis.

Yet again, gross fixed capital formation declined by 1.4 percent and exports dropped 1.0 percent reflecting the ongoing structural weaknesses in the Turkish economy that deepened during the months after the August 2018 currency meltdown. Down in the investments part, the annual drop recorded in 1Q20 mostly had roost in construction sector investments with -10.2 percent while the 8.2 percent increase in machinery spending is the right side.

Turkey’s economic output over the 12 months to March totaled USD 758 billion following the output of USD 754 billion in 2019.

As Turkey reported its first case of the virus on March 11 and the corona related lockdown measures came into effect gradually starting from late March, it would thus be to nobody’s surprise to see growth turning severely to negative in 2Q20. Thus, now the questions focus on the pace of recovery to be staged in 2H20.

The easing of state forced lockdowns are to come into full effect starting from June and on; yet whether they would be needed to be back on in the following months is to be seen. Treasury and Finance Minister Albayrak hopes to see a gradual buoyancy emerging in exports, trade, tourism and the domestic market in June and July; thus appears keen on keeping government support for recovery saying that new financing packages would be announced. The new financing package would be supporting housing, tourism and domestic production. Thus Albayrak yesterday said in an interview with state broadcaster “God willing, we will see positive growth at the end of this year.”

Yet, a wide range of economists are not equally optimistic.

The general expectation is a GDP contraction of 2.5-3.0 percent for the whole of 2020 as Turkey; well President Erdogan stands eager to sail through the though corona economic crisis without seeking IMF funding help.

Thus, it would be rational to expect a hopeful start to the initial weeks of post-lockdown period that would soon give its way to a weaker stance.  Domestic consumption is likely to pick up given the pent up demand, yet investments will not show any signs of recovery despite all the booming corporate lending of mainly the state banks. Given the fiscal layout, the government will have a hard time keeping up with its aggressive spending while the service sector starting with a lost year for tourism will keep weighing on growth.  Not to mention the spike in the unemployment rate which will only ease in a longer period that would cap on consumer spending once the initial euphoria melts away.

All in all, positive growth as stated by Minister Albayrak for the whole year of 2020 could be a good but unlikely surprise. A sharp 2Q20 followed by a mild recovery through the summer months to add up to a GDP contraction to a tune of 3-4 percent appears more probable for Turkey this year.