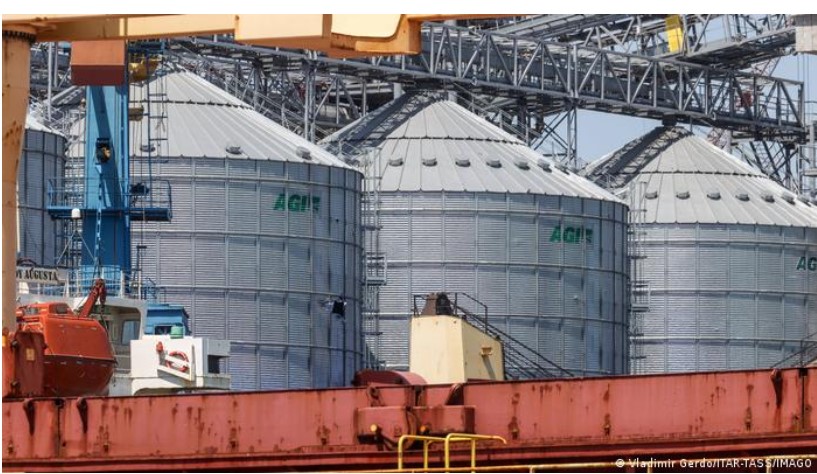 Russian President Vladimir Putin threatened to curtail the export of grain from Ukraine and said Moscow was ready to extend its rationing of natural-gas exports and cut off oil and refined products if the West went ahead with a price-cap plan for Russian crude.

The comments, made at an economic conference, represented some of the Russian leader’s starkest and broadest threats over his country’s prodigious commodities exports. He also characterized those threats more directly than in the past as an economic weapon he is willing to wield in response to Western sanctions levied after his invasion of Ukraine.

Mr. Putin suggested Russia could pull out of a United Nations-brokered deal that has allowed for the large-scale export of Ukrainian grain, sending global wheat prices up 4% in early Wednesday trading. The deal had helped ease soaring food prices by allowing Ukrainian farmers an outlet for their harvests.

At the economic forum, in the Russian Far East city of Vladivostok, Mr. Putin accused the West of taking advantage of the deal at the expense of developing-world countries.

“What we are seeing is another blatant deception,” Mr. Putin said, calling the deal “a swindle.” He said he would contact Turkish President Recep Tayyip Erdogan—who alongside the U.N. backed and facilitated the negotiations that led to the deal—to discuss a possible limit to exports.

At the same conference, he attacked Western plans to impose a price cap on Russian crude exports globally, threatening to cut off sales to any nation that would agree to such a limit. The Group of Seven club of rich nations agreed to back such a deal, and Washington and its allies are trying to recruit other buyers, in particular India and China, to sign on.

Mr. Putin said Wednesday that Russia had contractual obligations on energy deliveries but would reconsider them if a price cap were imposed.

Ukrainian grain shipments have made it to poorer nations such as Sudan, Egypt and India, the U.N. said.

In the past, Russia has blamed maintenance problems due to Western sanctions for a decline in its energy supplies to the West. European officials have said the shortfalls were retribution meant to punish Europe for its support for Ukraine.

Turkey’s Mr. Erdogan, speaking on Wednesday in Serbia, didn’t directly respond to Mr. Putin’s comments about the grain agreement, but said Moscow’s energy threats should be taken seriously. “Russia is not a country to be taken lightly,” he said. He also accused the West of pursuing “a policy based on provocation” in Ukraine. The Turkish Foreign Ministry didn’t respond to a request for comment on Mr. Putin’s remarks.

A senior U.S. State Department official said Mr. Putin’s comments on Ukrainian grain exports appeared designed to split Western countries from developing economies, which are the traditional recipients of grain from the Black Sea region. Another senior State Department official said Ukraine has benefited more than the Kremlin expected in exporting grain, triggering the warnings about the future of the deal.

The expanded threats by Mr. Putin in his economic standoff with the West come as Moscow suffers recent setbacks on the battlefield in Ukraine. An unexpected Ukrainian military offensive in the east near the country’s second-largest city of Kharkiv is gaining ground, testing Russian occupation forces that are also under pressure in southern Ukraine. Ukrainian units are advancing eastward from Kharkiv, according to Ukrainian officials and Russian war bloggers, targeting a critical Russian supply route.

On the economic front, Russia late last week cut off indefinitely an already greatly reduced flow of natural gas along the Nord Stream pipeline to Europe, rattling energy markets and spurring governments to provide emergency liquidity for some of the continent’s utilities. European capitals are also racing to boost relief packages for consumers struggling with soaring energy bills.

The EU separately said Wednesday that it plans to propose a price cap on Russian gas. Before the invasion, Russian gas made up around 40% of EU supplies. That share has fallen to 9%.

The practical effects of Mr. Putin’s threat remain to be seen. Early Wednesday, oil prices hit their lowest levels since before the Ukraine war despite Mr. Putin’s comments. Futures for gas at a trading hub in the Netherlands, the benchmark in northwest Europe, fell 4%. Since the war started, Russia has relied on surging prices to make up for the fall, in volume terms, of exports of oil and gas. A sustained retreat in energy prices would scramble that calculus and further squeeze Russia’s economy.

The EU had already planned to stop importing Russian oil in December. Russia, meanwhile, has already reoriented much of its sales of crude to China, India and Turkey. Also Wednesday, Mr. Putin said he plans to meet with his Chinese counterpart, Xi Jinping, on the sidelines of a regional forum next week in Uzbekistan.

The grain agreement requires the cooperation of Russia, Ukraine, Turkey and the U.N., the four parties that signed the deal in July. Neither Russia nor Turkey have any direct control over where Ukraine exports its food products on the international market, but Russia has generally not interfered militarily with the deal since it was signed. Ukraine has been able to export more grain than many skeptics had once thought possible.

Mr. Putin said only two of 87 ships, carrying 60,000 tons of food, had so far gone to poor countries under the U.N. World Food Program. Those two ships have carried humanitarian shipments of grain to Ethiopia and Somalia, according to U.N. data. The U.N. data also shows other shipments of grain arriving in other developing-world nations such as Sudan, Egypt and India.

Turkey has been the largest buyer of grain through the corridor during its first month of operations in August, according to U.N. data. At least 75% of the ships exporting grain since the deal was struck in July were destined for non-EU states, with South Korea, Iran and Egypt being the other largest recipients, according to the data. EU states made up around 23% of reported destinations, the U.N. data shows.

Many of the ships that initially sailed through the Black Sea corridor were vessels that had been trapped in Ukraine in February when the Russian invasion began. Ukrainian and U.N. officials worked for weeks to clear that backlog of ships, including some that went to European and other wealthy nations. U.N. officials have said priority would be given to poorer countries once a steady flow of ships resumed to and from Ukraine’s Black Sea ports. The destinations of the ships are currently decided by the international market for grain, they said.

Russian officials have previously complained that the West isn’t doing enough to uphold a separate aspect of the agreement aimed at facilitating the sale of Russian food products and fertilizers. U.N. Secretary-General António Guterres, who launched the diplomacy that led to the grain deal, said last month that the U.N. was working with the U.S. and the EU to remove obstacles to the export of those products.