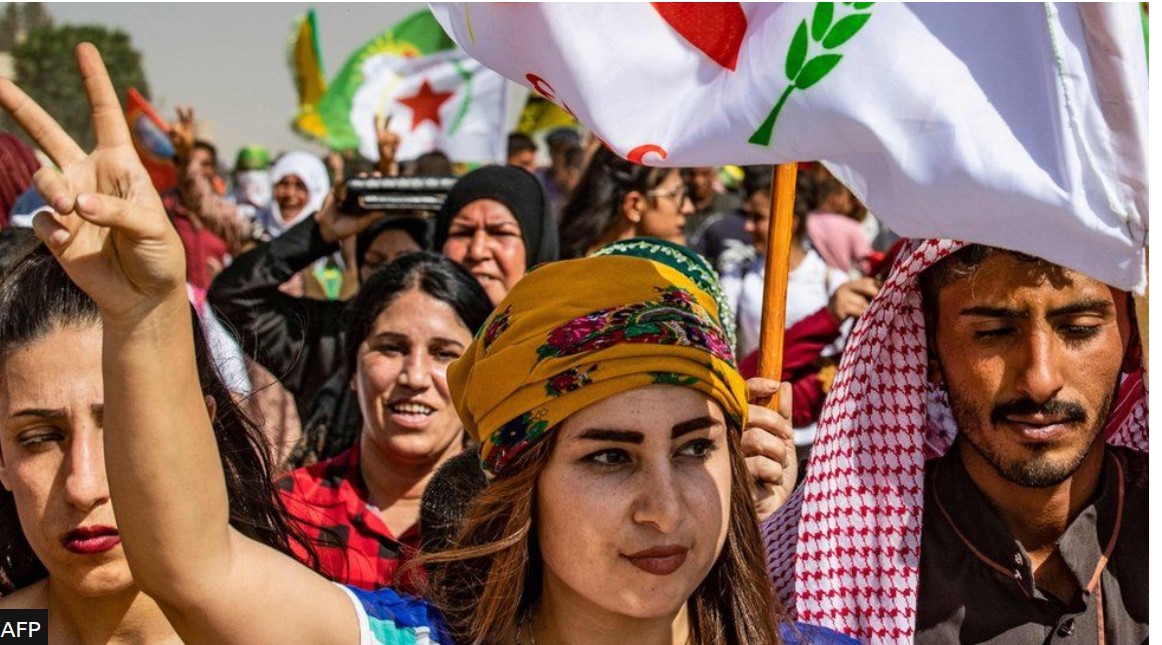 HDP, the leading  pro-Kurdish Rights party, set to play a pivotal role in Turkish elections next year, stated it is open to talks with other opposition parties on finding a joint candidate who could end President Tayyip Erdogan’s two decades in power, reported Reuters.

Senior deputy Saruhan Oluc told Reuters that the Peoples’ Democratic Party (HDP), which has about 12% support nationally, would propose its own presidential candidate if such discussions sputter with a separate opposition alliance.

With 10 months before a vote, the question of whether the HDP and other anti-Erdogan parties can agree is critical given polls show they have their best shot ever to topple the president and his AK Party (AKP), which have been in government since 2002.

Such cooperation was vital in 2019 when HDP supporters voted in line with other opposition voters to defeat AKP mayoral candidates in Istanbul, Ankara and other cities.

But Oluc said the coming national presidential and parliamentary votes, set for June 2023, were another matter.

WATCH:  Meet the Person Who Can Beat Erdogan: Kemal Kilicdaroglu

“The needs and dynamics are very different”, he said in an interview. The HDP is not seeking to join the main opposition alliance on voting for members of parliament, while it was looking to agree a single challenger to Erdogan.

Oluc said the identity of the presidential candidate was less important than the opposition agreeing on policy.

That means “building a strong local and national democracy, ensuring an impartial and independent judiciary, the rule of law and finding a democratic solution to the Kurdish problem,” he said.

“We are open to negotiation on this,” he added. “If this does not work and negotiations are not held with us, we will put out our own candidate in the first round.”

Analysts say an HDP candidate could diffuse the anti-Erdogan vote and boost the president’s chances of winning, even as polls show his AKP is likely to lose control of parliament.

Election stakes are high after Erdogan’s conservative AKP shifted a traditionally secular society in an Islamist direction, transformed Turkey into a regional military power and used the courts to aggressively crackdown on dissent.

The centrist Republican People’s Party (CHP) and the nationalist IYI Party, which lead the informal opposition alliance, are second and fifth largest in parliament, respectively. The leftist HDP, which is outside of their alliance, is third.

The opposition’s challenge was laid bare this week when a CHP deputy floated the idea of an HDP member as minister in a possible new government.

With the HDP facing a possible ban over alleged ties to Kurdish militants, which it denies, the idea met fierce IYI criticism. IYI MP Yavuz Agiralioglu said “we will never walk with a HDP that cannot break ties with terrorism”.

Defending his HDP minister suggestion, CHP deputy Gursel Tekin said: “we cannot curse on a whim parties which function legally, we cannot treat them as lepers. If nearly 7 million of our citizens vote for them we will respect that.”

Asked about the hypothetical idea, Oluc said the HDP had not proposed running a ministry.

Analysts nevertheless say the opposition needs to accept a role for the HDP in the election process, putting aside nationalist qualms, if they are to succeed in ousting Erdogan.

“If the (opposition) Nation Alliance does not have strong support, they won’t be able to push through decisions without the HDP,” said Ozer Sencar, chairman of pollster Metropoll.

The dilemma for the opposition is that the Kurdish Rights Movement is closely associated with terror organization PKK and Kurdish separatism in the eyes of a large majority of ethnic Turks. Formal   cooperation with HDP is one of the very few non-economic issues which may swing opposition voters towards the AKP-MHP axis.

Neither are AKP and MHP unaffected by their joint opposition to HDP.   Nationalist MHP  has no votes among Kurds, while Erdogan’s AKP has slipped rapidly, with   CHP becoming the second party in some Kurdish-majority provinces after HDP, according to recent polls.

The most likely scenario is HDP fielding its own candidate in the first round of presidential elections, who is certain to disqualify for the second round.  The second round of the presidential race is shaping up between Erdogan and CHP leader Kemal Kilicdaroglu, though the six-member opposition alliance is yet to anoint him as their candidate.  In this scenario, up to 75% of Kurdish voters would choose Kilicdaroglu over Erdogan.

HDP is currently in trial  at the Constitutional Court, which should decide whether the party ought to be banned on charges of sedition. The verdict could be handed down as early as November. HDP and its predecessors are no strangers to political bans, with the party said to have already made arrangements to contest elections under a new banner. Yet, both the ruling and opposition alliances will be severely tested in the eyes of the Kurdish voter, based on their reaction to a potential guilty verdict.

It is possible some HDP voters migrating to CHP if the party is shuttered, if CHP can effectively campaign to defend political equality without  hurting the sensibilities of its ally IYI Party.