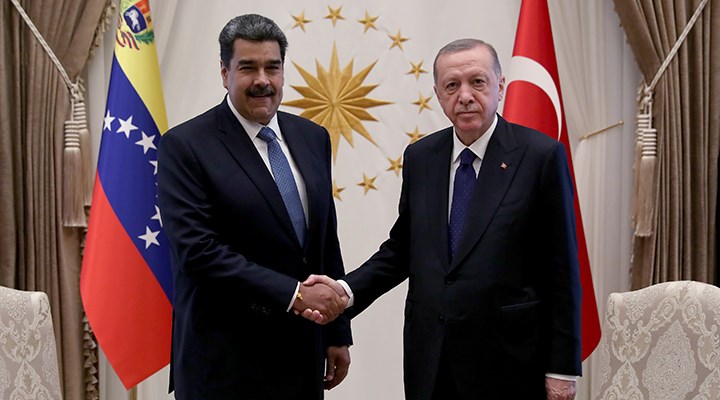 Maduro has repeatedly said he will visit Turkey, one of a handful of countries globally with whom he maintains ties amidst stiff sanctions by the United States.

“All aspects of Turkey-Venezuela relations will be reviewed and steps to enhance the relations will be discussed during the visit,” the Turkish government said in a statement posted on its English-language website, adding the visit is at the invitation of President Recep Tayyip Erdogan. “The two leaders are expected to exchange views on regional and global matters as well.”

Turkey has since 2018 increased its exports to Venezuela, including food and personal hygiene products. The South American country has in turn sold gold to Turkey, though the amount is not public.

In April the two countries signed seven agreements during a visit to Venezuela by Turkish Foreign Minister Mevlut Cavusoglu.

They offered no details on the deals on oil, gas, tourism, sports and other areas.

Cavusoglu has said he wants trade between the two countries to reach $1.5 billion annually, up from some $850 million currently.

Venezuela’s President Nicolas Maduro presented his country as a “port of entry” for Turkish investments and tourists in Latin America.

“It is the time to invest in Venezuela in tourism, mining, industry, logistics, banking, oil, gas, gold, or coal,” he said after a meeting with Turkish President Recep Tayyip Erdogan.

“Turkish investors will enjoy all the necessary guarantees so that their activities contribute to expanding economic relations between the two countries, the Bolivarian leader stressed after signing three cooperation agreements related to agriculture, tourism, and finance.”

For his part, Erdogan highlighted that the volume of Turkish-Venezuelan trade increased significantly over the last three years, going from US$150 million in 2019 to US$850 million in 2021. He also foresees that the bilateral trade flow will reach US$1 billion by the end of 2022.

Currently, Caracas is one of the few Latin American cities that has a regular connection of seven flights a week with Istanbul. This happens thanks to the Turkish Airlines company, Erdogan recalled and announced that he will make an official visit to Venezuela in July.