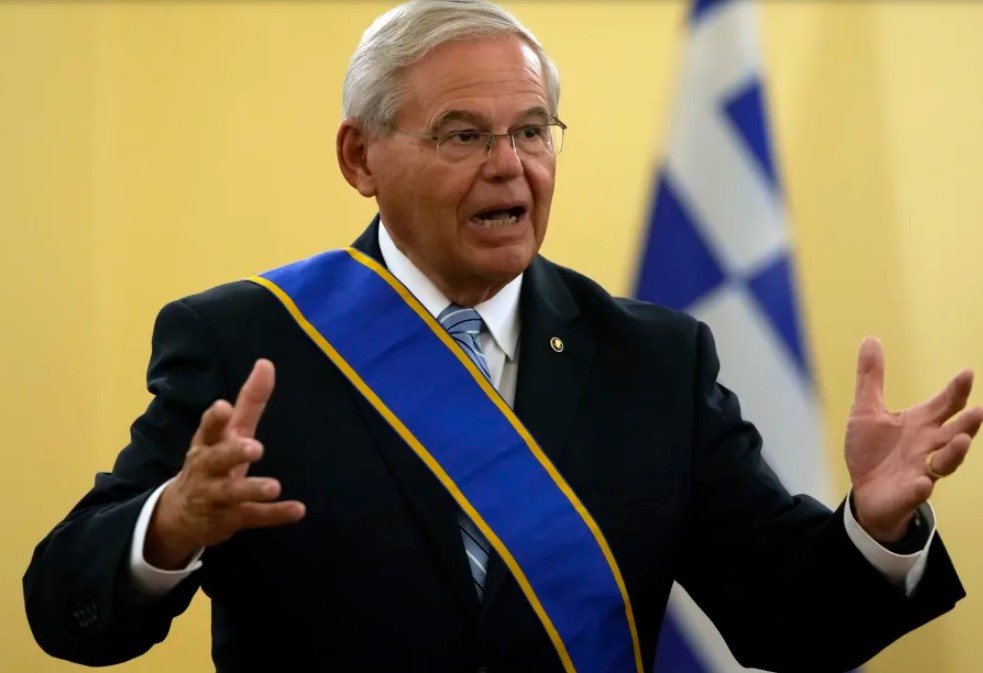 Chairman of the U.S. Senate Foreign Relations Committee Bob Menendez, speaking during a visit to Athens Friday, criticized Turkey, saying its current leadership is not committed to the principles of democracy and rule of law.

Menendez, the Democratic senator from New Jersey, is in Greece to attend events celebrating Greece’s 200th anniversary of independence from the Ottoman Empire, from which the Turkish republic emerged.

“We all aspire for a Turkey that is a bridge between east and west, a strong NATO ally, a secular government committed to the principles of democracy and rule of law,” Menendez said in brief statements after meeting with Greek Foreign Minister Nikos Dendias. “Unfortunately, under (Turkish) President (Recep Tayyip) Erdogan that has not been the reality, so we must deal with the reality that we have.”

Neighbors and fellow NATO members Greece and Turkey have long been at odds over a series of disputes, including territorial rights in the Aegean Sea that separates the two countries, and over energy exploration rights in the eastern Mediterranean. Relations have been tense over the past year, particularly over exploratory drilling rights in the Mediterranean areas Greece claims as its own exclusive economic zone.

“Turkey has issued, in violation of all rules of law, a threat of war against Greece if it exercises its inalienable right for the expansion of territorial waters of (its) islands,” Dendias said in his remarks. “It is the only country in the international community that has issued a threat of war, casus belli, against another country.”

Reporters were not allowed to be present for the statements and the two did not take any questions from the press.

Greece says it maintains its right to extend its territorial waters from the current six to 12 nautical miles around its Aegean islands. Turkey has said such a move would constitute a cause for war, arguing it would block its own access to the Aegean. In January, Greek parliament voted to extend its waters along its western coastline, on the other side of the country, to 12 miles.

Greece’s western coastline faces Italy and borders Albania at its northern tip. But the expansion was aimed at asserting the country’s right to implement the United Nations Convention on the Law of the Sea, which set the 12-mile limit in 1982.

“We believe in the context of international law, so therefore we believe that each country’s rights and its exclusive economic zones need to be observed. We believe that when there’s conflict, different issues, they need to be resolved under the rule of law and in the appropriate forums and not by force,” Menendez said.

“We have an inflection point in global history at this time. It is a choice between two different views,” the senator said. “One that we share, that promotes democracy, human rights, the rule of law, fulfillment of the individual dream, and that permits open societies in which to achieve that. The other is an authoritarian view that oppresses people, ultimately seeks to coerce economically nations, and undermine of the rule of law, both at sea and elsewhere.”