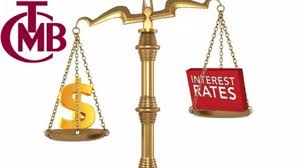 Turkish exporters face a “gangrenous” financing crunch, according to the head of a major industry chamber, in what would be a blow to the government’s attempt to develop an economy powered by sales abroad.

A restriction on lira loans to companies deemed to hold too much foreign exchange exacerbated financing issues that stem from “developments” at the central bank, Istanbul Chamber of Industry Chairman Erdal Bahcivan said in a statement.

Some of the unorthodox measures, implemented to stabilize the lira without raising rates, are increasingly leading to spillovers to the rest of the economy.

Among other complications, getting loans from state-owned Export Credit Bank of Turkey “has recently become an issue for exporters,” Bahcivan said.

“Industrialists are facing a financing bottleneck,” he said. “If these issues are not addressed immediately, we will see repercussions in exports and production very soon.”