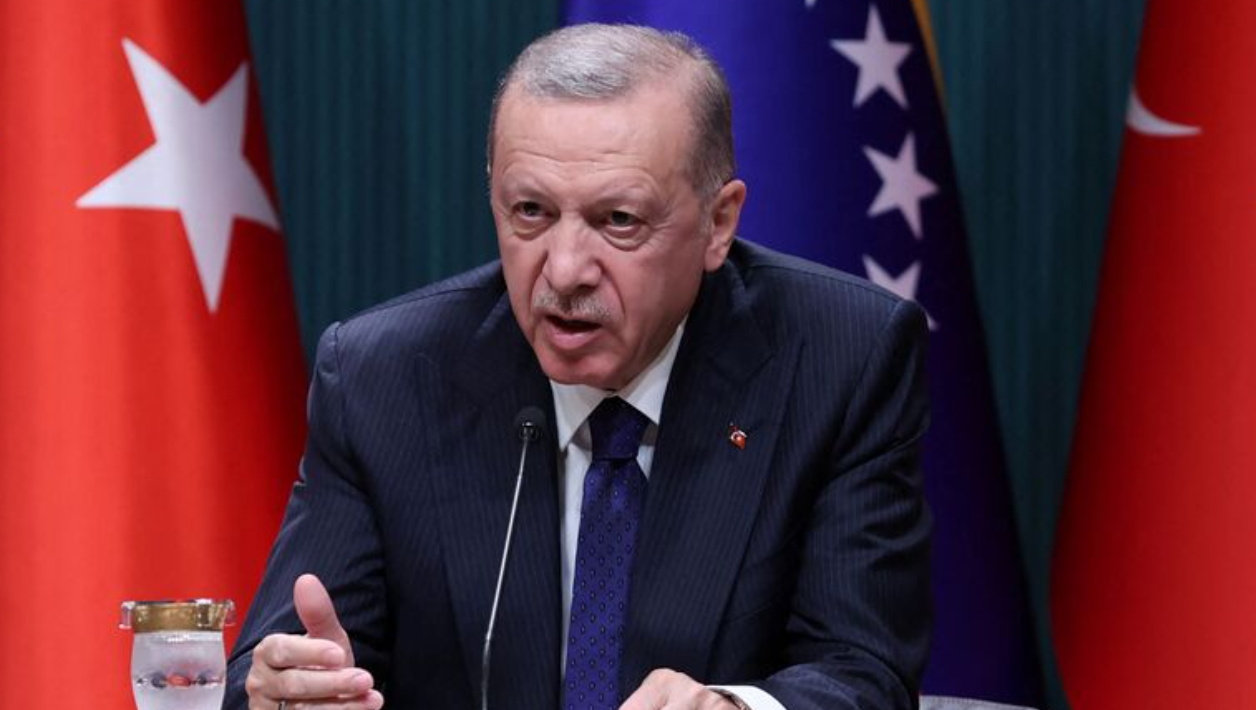 A recent piece by Maximillian Hess in Foreign Policy magazine stumped many Turkey watchers, including myself, in stating that Turkish president Recep Tayyip “Erdogan is an unsavory character and will likely remain one. But it is in the West’s interest that he be on its side—not Russia’s—in order to weaken Putin and ensure Ukraine’s survival. The opportunity is there, and it would be unwise of the West not to try.” The article’s logic, as can be inferred by the quote, rests on the premise, that, yes, Erdogan is a bad actor, but given everything that is going on, we should find a way to work with him. This attempt to appease a malevolent actor should not be the standard that the West aspires to in trying to achieve its objectives for one very simple reason: it will not work.

From time to time, analyses surface that advocate for finding ways to work with Erdogan’s Turkey—despite Erdogan. As in the Hess piece, they follow a simplistic yet flawed assumption that Turkey is too important of a partner—even ally—to ignore. Such analyses have ramped up once more in light of Russia’s invasion of Ukraine, arguing that we need to leave no stone unturned to spoil Vladimir Putin’s revisionist aspirations that threaten the very essence of the liberal international order, in addition to the security of our European allies. I do not quibble with this rationale, however, the way to achieve this goal is not by appeasing Erdogan. Finding a way to address Erdogan’s goals and then chart a joint course forward that will pull Turkey away from Russia and back into the Western fold is simply not realistic.

Indeed, while I would like Turkey to be resiscutated as a reliable and responsible partner within the Western security architecture, it is not achievable under Erdogan. Put simply, when it comes to dealing with Erdogan’s Turkey, there is no stone that has yet to be turned over, and no “new thing” that has yet to be thought of. Finding a way to accommodate Erdogan’s interests would not only require the West to compromise on its values, but it would endanger the security and stability of the Western alliance.

The reasoning behind my indignant view is based on a long list of deplorable acts by Erdogan, which cannot and should not be overlooked and forgotten. Among the notable examples that help underscore this point is the Syrian conflict. This is the theater in which Erdogan worked tirelessly to undermine the international community’s security goals. In his obsessive quest to topple the Bashar al-Assad regime in Damascus, which as a pursuit had no discernable strategic gain for Turkey or for the West, Erdogan enabled scores of foreign fighters to join the ranks of the Islamic State (ISIS), provided logistical and medical support to the organization, and sold and transferred weapons to an entity which arguably presented the single biggest security threat to the region since Al Qaeda.

At the time (2012-2015), imbedded journalists in the region described Turkey akin to being a “jihadi highway” that witnessed scores of unchecked terrorists flow through its borders. Should this be forgotten? Should the West assume that it can work with Turkey against Russia? Not really.

In addition to his dangerous exploits, Erdogan has succeeded in seriously threatening NATO’s cohesivity by directly purchasing the S-400 Russian-made missile defense system, resulting in Turkey’s removal from the F-35 program, which it was a producing consortium member of. The S-400s, while remaining warehoused since 2019, have the potential—if deployed—to cause serious damage to alliance security, owing to their ability to collect significant targeting information on allied aircraft which can be shared with the Russians.

On the subject of Russia, while Turkey is seemingly aiding Ukrainian forces through the sale of Bayraktar drones, it refuses to participate in the sanctions regime against Russia. On the contrary, Erdogan is actively undermining Western sanctions by allowing the transfer and deposit of Russian financial assets into Turkish state banks. This concern resulted in the U.S. deputy secretary of the treasury visiting Turkey and warning it against continuing. Meanwhile, in return for Erdogan’s willingness to accommodate Russia’s need to access international financial markets, Putin is rewarding Turkey by allowing the shipment of stolen Ukrainian grain to Turkey—goods, that is, that were stolen from the Ukrainian people and are now being peddled on the international market for appropriate buyers.

But Erdogan has also taken further action against Western security: military escalation by Turkish naval forces in the eastern Mediterranean that directly challenge established territorial waters and exclusive economic zones of countries such as Cyprus and Greece; Turkey’s continued insistence on hosting representative of Hamas members inside of its borders and conferring legitimacy on them; not to mention daily assaults on democratic governance within Turkey itself. Within the last week, a judge appointed by Erdogan’s ministry of justice reduced the sentence of a woman’s murderer, whom he had raped, burned, and then tossed away in an oil drum.

This is in addition to the unjust incarceration of scores of political dissidents inside the country, as represented in headline cases such as the human rights activist Osman Kavala as well as U.S. embassy personnel such as Metin Topuz.

Overlooking the severity of Erdogan’s acts of governance in order to find a way to work with Turkey fundamentally undermines the objectives the West is seeking to achieve and uphold. Erdogan’s only recent positive outreach toward the West is removing his objections to allowing Finland and Sweden to join NATO. However, this single move does not address any of the other and ongoing concerns listed above and beyond. It is imperative for the West to understand that it does not need Turkey to realize its security interests. For NATO, the United States, and the European Union, there is clear path for how to approach Erdogan: offer him the opportunity to do the right thing: this may involve offering an off-ramp to rid Turkey of its S-400s. In the case of NATO expansion, NATO members could have offered all the security guarantees to Finland and Sweden under Article V short of membership. In terms of supporting Turkey as a democracy, the EU and the United States should unequivocally encourage the rule of law and free and fair elections and call out Turkey’s frequent transgressions. The Western alliance is without doubt facing numerous challenges that threaten the core pillars of Western security. But this does not mean that the West should work with malign actors, who only stand to further harm it.

Sinan Ciddi is a non-resident senior fellow at the Foundation for Defense of Democracies (FDD), where he contributes to FDD’s Turkey Program and Center on Military and Political Power (CMPP). He is also an Associate Professor of Security Studies at the Command and Staff College-Marine Corps University and Georgetown University’s School of Foreign Service. He tweets @sinanciddi​. FDD is a Washington, DC-based, non-partisan research institute focusing on national security and foreign policy.