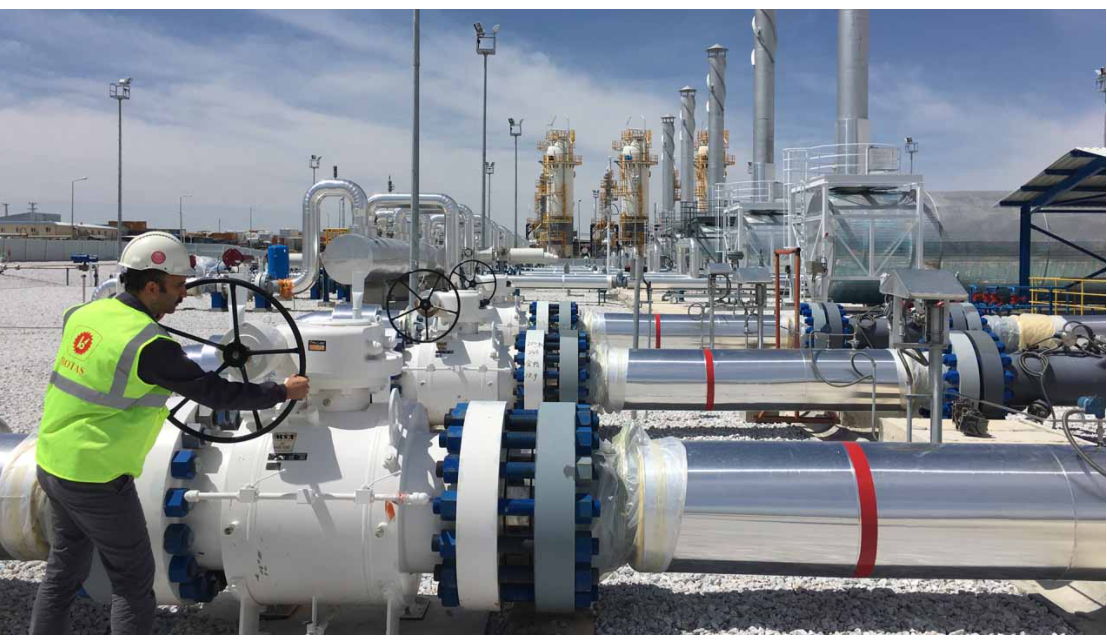 Turkey’s energy hub dreams are getting stronger, if new developments are going to be successful. In a move to quell the country’s reliance on Russian oil and gas supplies, Ankara has decided to provide around $10 billion in state-support for the development of the Sakarya gas field offshore Black Sea.  At the same time, Turkey is in discussions to finance its proposed LNG imports.  Ankara seems to have a lesson from Germany about the dangers of  relying on a single supplier  for the bulk of energy needs.

In a presidential decree published in the Official Gazette, Ankara has given Turkish Petroleum (TPAO)  around 145.1 billion Turkish Liras (approximately $10 billion), based on custom duty exemption, VAT exemption and 100% tax reduction. The TPAO project, which is slated to expand over the next 10 years, targets an annual production capacity of 14 billion cubic meters (BCM) of natural gas.

The gas was discovered in the Sakarya field, which is offshore Turkey’s northern province of Zonguldak. The field is slated to hold around 540 bcm. The new production is needed, not only to counter high reliance on Russian or FSU natural gas supplies, but also to support increased domestic demand for energy. In a report the Turkish Energy Market Regulatory Authority (EPDK) stated that the country’s natural gas consumption is around 59.6 BCM in 2021, which is an increase of 24% in comparison to 2020. At the same time, Turkey’s natural gas imports also have increased by 22% to 58.7 BCM.

According to Turkish officials, the Sakarya gas production is expected to come onstream and reach the processing facilities in Filyos (Black Sea) in 2023. The field is expected to have a maximum production capacity of 15-20 BCM per year, which would mean around 30% of Turkey’s natural gas consumption.

Turkey’s energy consumption is increasing substantially lately. The report indicated also that power demand in January 2022 was around 28.60 billion KWh, while electricity production increased by 6.48 percent to 28.56 billion KWh. Of the total production, around 26.6% was produced by natural gas, while 21% was based on coal.

LNG financing agreement on the horizon

At the same time, Turkey is in discussions to finance its proposed LNG imports. Ankara expects to reach a deal very soon with German bank Deutsche Bank for a 1 billion-euro ($1.1 billion) loan to finance LNG contracts. The main reason for the increased need for LNG is again to minimize the risk of Russian imports. If the deal is signed, the money will be used by Turkish state-owned pipeline operator Botas to buy LNG from US producers and European traders. It will be the first loan by Botas for LNG contracts.

Turkish officials have stated that the loan will be guaranteed by Turkey’s Treasury and Finance Ministry. The overall loan has a maturity of as long as five years, and is able to be doubled if needed. Even that the amount is substantial, at current LNG prices it will be only enough to buy 1BCM of natural gas, while Turkey’s consumption is above 60BCM at present.

How far Botas will be able to regain the increased costs of LNG is still unclear. Ankara is still fighting high inflation rates, while it is heading for elections. At present, sources stated that Botas is selling its gas to consumers at 30% of total costs. The future will show how Turkey is able to deal with these deficits.

Ongoing discussions on a possible Israel-Turkey offshore gas pipeline are still on hold. The commercials are still not clear, while Israel’s commitment to the East Med energy strategies of Egypt, Cyprus and Greece is playing a major part. It would be for Turkey a very good step to increase its relations with the East Med countries as there is a major win-win situation in place. Politics and regional power plays however are still putting pressure.

This article was originally posted on FX Empire, comments by PATurkey staff