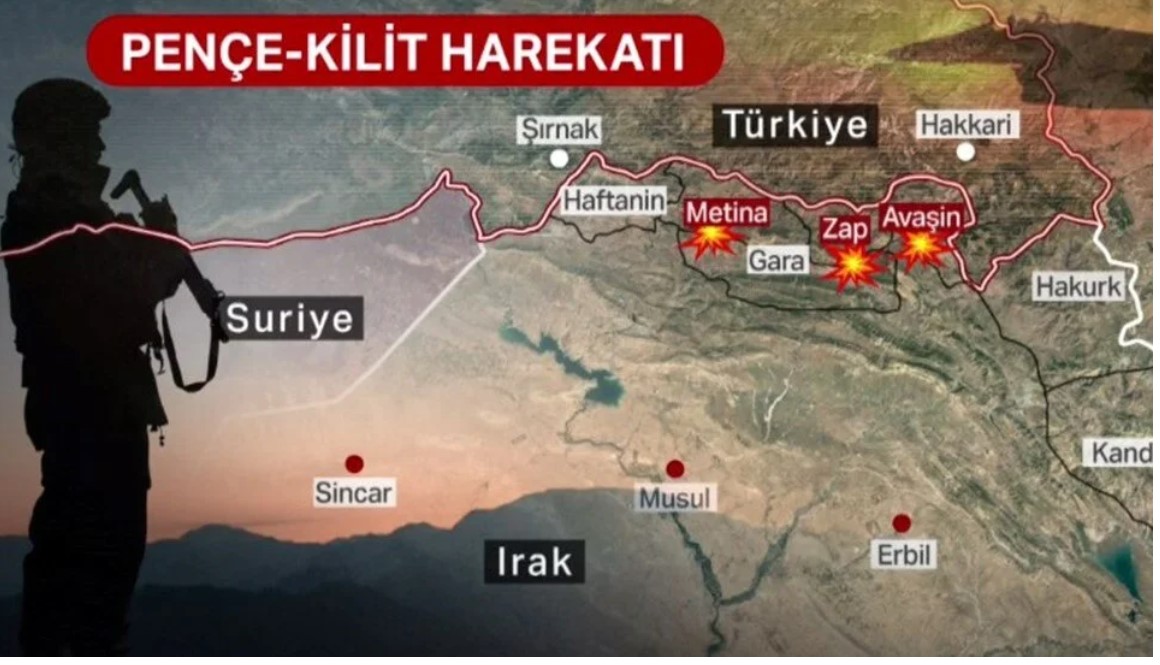 Turkish President Recep Tayyip Erdogan pledged to expand military operations against the Kurdish forces in Syria, as was the case against the Kurdistan Workers’ Party (PKK) in northern Iraq. He had recently staged a U-turn in terms of Syrian refugees, promising to send them home “when conditions in Syria are right”, in a bow to the opposition Nation Alliance, which had made the same promise earlier.   Some Turkish strategists suspect Erdogan’s new crusade against PKK and its proxies in Syria is a domestic ploy, to dive a wedge between pro-Kurdish HDP and the Nation Alliance.

Speaking at the parliamentary group meeting of the ruling Justice and Development Party (AK Party) in Ankara, Erdogan announced that Turkish forces would expand their military operations against the Syrian Democratic Forces (SDF) in Syria, coinciding with the Claw-Lock military operation in northern Iraq, which started Monday dawn.

The president asserted that sooner or later, Turkey will “crush the head of terrorist organization,” in reference to the Kurdish People’s Protection Units (YPG).

Turkey considers the YPG an extension of the Kurdistan Workers Party, whose leaders are stationed in northern Iraq and have been engaged in an armed conflict for more than 40 years for the autonomy of the Kurds of Turkey.

Turkey designated the PKK a “terrorist organization,” saying they constitute a threat to its national security.

Erdogan stressed that Turkey will continue its operations against “terrorists” in northern Iraq and northern Syria until their final elimination.

On the issue of Syrian migrants, Erdogan asserted that his country embraces migrants, noting that the Syrians will want to return to their homes when peace is established, and the construction is completed.

Also, the Turkish Defense Ministry said it “neutralized” ten terrorists who attempted to infiltrate and launch attacks in the Operation Olive Branch and the Operation Peace Spring zones in northern Syria.

“The fight against the PKK/ YPG continues in Syria,” the ministry added.

Soylu accused the head of the Republican People’s Party, Kemal Kilicdaroglu, of adopting a provocative approach to inflame xenophobia in Turkey ahead of the election.

Kilicdaroglu reiterated Tuesday that his party would send Syrian migrants to their countries, and they would “voluntarily” leave.

“They will come to visit Turkey as tourists,” he said, adding that his party would mend ties with the Bashar Assad regime to facilitate their return.

The decision came after the Nationalist Movement Party (MHP) leader said that Syrians who go back to their country to celebrate Eid al-Fitr should not be allowed to return to Turkey, adding that the migrants sheltered in Turkey should return voluntarily with dignity once the decade-old internal conflict ends in their country.

“Our fundamental objective should be to see Syrians off in a voluntary way and with dignity after the harsh conditions that led them to flee their country disappear,” MHP leader Devlet Bahceli said in his weekly address to his lawmakers at parliament.

Turkey used to allow Syrian migrants to return to their country for the Eid holidays in previous years. However, intense pressure from the opposition ahead of the upcoming parliamentary and presidential elections in June 2023 forced the government to make some changes to the Syrian issue in Turkey.

Before the Claw and Lock campaign, there were no reports of PKK or  PYD/YPG harassment of Turkish border settlements or Turkish Army patrols.  Thus, some pro-opposition analysts claim Erdogan’s new hawkishness is simply a ploy to reinforce the loyalty of AKP-MHP’s nationalist constituency, while barring the opposition Nation Alliance from including pro- Kurdish Rights Party HDP.  Two bomb tacks in Istanbul and Bursa, as well as news of another arson team being busted suggests PKK may retaliate with a terror campaign of its own.