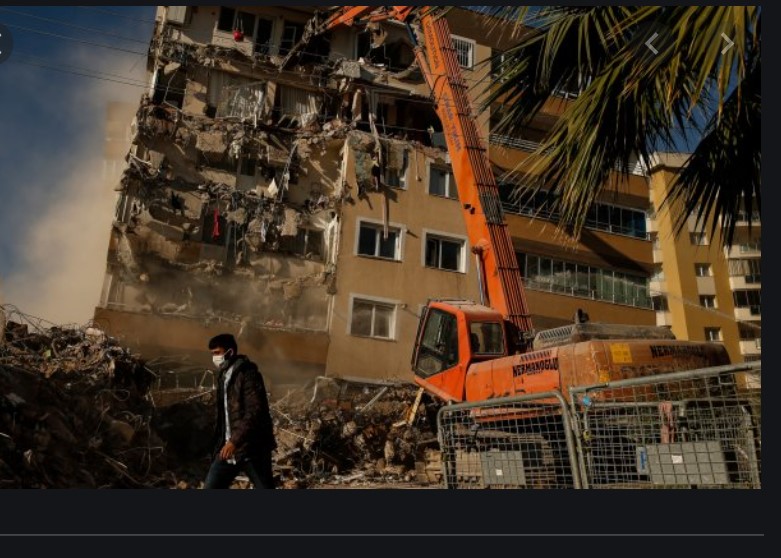 President Recep Tayyip Erdoğan replaced the chief of the central bank on March 19, bringing in Şahap Kavcıoğlu, a former banker and parliamentarian who has sympathised with his theory that high interest rates cause inflation. The lira has slumped more than 10 percent against the dollar since. It dropped by 0.4 percent to 8.17 per dollar on Monday.

Birch said in a podcast with Ahval columnist Mark Bentley that the central bank and the presidential palace will seek to avoid a further slump in the lira’s value that a rate cut on April 15 would likely cause. Naci Ağbal, Kavcıoğlu’s predecessor, raised interest rates to 19 percent from 17 percent the day before his dismissal to defend the lira and rein in double-digit inflation.

“I think there is a mix between needing to stabilise the lira and playing to his (Erdoğan’s) base,” Birch said. “They have to avoid a complete collapse of the lira.”

When setting monetary policy, the Turkish authorities may also be mindful that the country’s banks face a period of repaying or rolling over foreign currency-denominated syndicated loans. Any immediate cut to rates would drive up borrowing costs further, Birch said.

Should the central bank choose to stay on hold, Birch said a deep reduction in rates is likely by June, when inflationary pressure may have subsided somewhat. Inflation in Turkey accelerated to 15.6 percent in February from 15 percent the previous month.

“I think the risk is still really high that they (rate cuts) could come earlier, even in April. (But) they must understand the dangers of instability,” he said.

Erdoğan’s decision to abruptly sack the chief of the central bank highlights to his Western allies that he can easily flip when it comes to policy in general, Birch said. That view may increase the risk of economic sanctions by the United States for Turkey’s acquisition in 2019 of S-400 air defence missiles from Russia, he said.

“Erdoğan is prone to sharp changes in policy,” Birch said “It makes it easier for them to discount dealing with Erdoğan and increases the risk of sanctions. If he’s appeasing the United States one day, then he’s going to Putin in a week or two and appeasing him.”

U.S. sanctions this year are probable should Turkey not abandon the Russian weapons system, Birch said.

“Given Turkey’s instability, they will be a little more targeted… they will probably fall short of punitive economic sanctions,” he said.

Birch said impending U.S. legal action against Turkey’s state-run Halkbank for its alleged role in helping Iran circumvent sanctions for its nuclear programme may result in tougher measures. A trial of the bank in a Manhattan courtroom is due to start in May.

“Halkbank is where there could be more punitive sanctions, but they will probably be targeted to avoid further destabilisation to the financial sector in general,” Birch said.

Reprinted  from Ahval News by permission