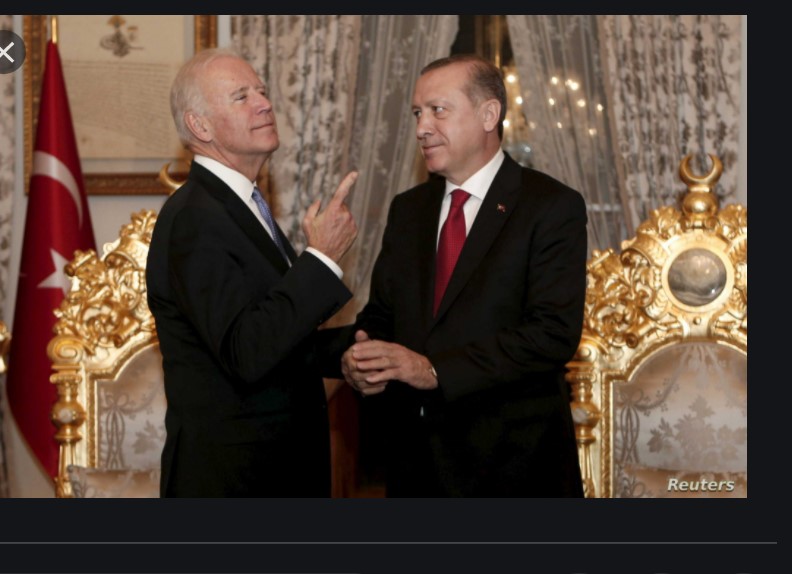 On the fringe of a two-day NATO meeting in Brussels (23-24 March), US Secretary of State Antony Blinken asked his Turkish counterpart Mevlut Cavusoglu whether Turkey was going to give up the Russian made S-400 air defence system. Cavusoglu reiterated his Turkish President Recep Tayyip Erdogan’s usual response that it was a done deal.

This could lead Washington to put in place sanctions against Turkey, which was expelled from the Pentagon’s F-35 programme last summer because of the incompatibility of the S-400 with NATO defence systems. In December, Washington banned all export licences for the Turkish Defence Industries (SSB) and issued asset and visa restrictions against SSB Chief Ismail Demir and three other Turkish defence industry officials.

Cavusoglu described his meeting with Blinken as constructive. Happening over a month after their first telephone conversation on 15 February, it may more accurately be described as chilly. Blinken used the occasion to raise his country’s concerns over Ankara’s withdrawal from the Istanbul Convention on Preventing and Combating Violence Against Women and Domestic Violence.

US President Joe Biden called Ankara’s decision to withdraw from the landmark convention, which was signed in Istanbul in 2011, “deeply disappointing” and a “disheartening step backward.” It has been over two months since Biden took office and he still has not phoned his Turkish counterpart.

Like the EU, Washington is troubled by many other aspects of the current state of civil and human rights in Turkey, not least the erosion of the rule of law and freedom of speech. Most recently, the ruling Justice and Development Party (AKP) initiated legal action to close down the Kurdish rights oriented People’s Democratic Party (HDP), the third largest parliamentary bloc, triggering condemnation from Washington. Media outlets expect that the Biden administration to take a tougher stance on violations of fundamental civil and human rights in Turkey.

But Biden may go even further. Observers predict that next month he will fulfill his electoral campaign pledge to recognise the Armenian genocide. On 19 March, Senator Bob Menendez, chairman of the Senate’s Foreign Relations Committee, submitted a letter to Biden signed by 36 of his colleagues from both the Democratic and Republican parties, urging him to “break this pattern of complicity by officially recognising that the Armenian Genocide was a genocide.”

A White House spokesman, when asked for a response, said, “this administration is committed to promoting respect for human rights and ensuring such atrocities are not repeated. A critical part of that is acknowledging history.”

If, indeed, Biden becomes the first US president to officially recognise that genocide it would add fuel to the already tense relations between Washington and Ankara.

On the other hand, some analysts in Turkey believe that the fate of Turkish-US relations is not as grim as it appears. They point to Blinken’s attempts to alleviate tensions, such as his remarks to Euronews on 25 March: “It’s no secret that we have a real difference with Turkey … It’s also true that Turkey is a longstanding and very valuable ally that works together with us on very important objectives, including counter-terrorism [and] dealing with Syria… I think we have an interest in continuing to work closely with Turkey without at the same time ignoring our differences.”

On the disputes over drilling rights in the Eastern Mediterranean, Blinken said NATO was doing its best to “de-conflict” the region and ensure “no one is taking provocative actions”: “We need to simply see the peaceful resolution of these differences according to international law.” Blinken also felt that challenges involving natural resources, investing in them and utilising them “should actually be a way of bringing countries together… Our hope is that that’s exactly what will happen.”

Such words are naturally music to the ears of Turkish officials who hear in them an implicit US acknowledgement of their right to a share in the oil and gas of the Eastern Mediterranean. They were eager to hear more, and they were not disappointed. Biden urged the EU not to impose further sanctions on Turkey, a NATO ally and EU candidate country, at a time when Ankara seems willing to compromise.

This could mean that Washington itself will hold off on further sanctions in relation to the S-400s. Analysts believe that both sides are keen to mend fences so they can focus on promoting common interests. They argue that, against the backdrop of shifting international power balances, Washington’s main preoccupation is with Russia and China. In Brussels, Blinken spoke of the Europeans’ and Americans’ “shared concern about some of Russia’s aggressive actions.”

As for China, referring to the recent EU sanctions against Beijing and French President Emmanuel Macron’s caution that it was not a good idea for the US and Europe to gang up on China, Blinken said, “this is not about ganging up on China. It’s not about trying to hold China down or to contain it. It is about standing up together for the interests and values that we share.”

It is also about Erdogan heaving a sigh of relief. For the time being, at least, his government has been spared sanctions from both sides of the Atlantic.