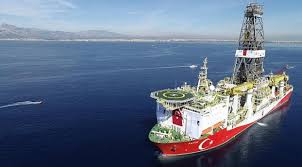 Ankara’s intensification of exploration and drilling activities will coincide with easing of pandemic restrictions, with Exxon Mobil, Eni, and Total suspending activities until next year.

Turkey is bucking the trend when it comes to offshore gas operations in the Eastern Mediterranean by intensifying exploration and drilling activities in the region.

Ankara’s move will coincide with the easing of pandemic restrictions rolling out in Turkey to help quell the outbreak of the coronavirus.

It comes as energy giants ExxonMobil, Total, and ENI, put a halt on their operations amid the fallout of the coronavirus pandemic.

Demand for oil and other hydrocarbons, such as natural gas, have tanked in recent months due to falling demand brought on by lockdowns implemented across the globe. The virus has caused a dramatic slowdown in both production and consumption, which have helped kill off demand.

The situation was further worsened by an oil price war between Saudi Arabia and Russia, in which the former increased its output in an attempt to lower prices to a level that would be unsustainable for the Russians.

Despite US President Donald Trump putting an end to the price war, markets have had to deal with a glut that sent WTI (West Texas Intermediate) crude prices negative. Brent Crude is also trading low, at around $20 a barrel from a year start price of $69.

The current oversupply of energy and the likelihood that demand will further decline with the global economic downturn likely to follow the easing of coronavirus-induced lockdowns makes energy extraction less lucrative and exploration particularly risky if deposits are not found or are not commercially viable.

Total and ENI have implemented suspensions that run into mid-2021 with some projects on hold until the following year.

Turkey’s expanded exploration therefore suggests both a long-term commitment to energy exploitation in the Eastern Mediterranean and confidence in its own economic recovery once the country eases its lockdown measures.

In an interview with Anadolu Agency, Mehmet Efe Biresselioglu, the head of the Sustainable Energy Division at the Izmir University of Economics said Ankara could come out of the ongoing energy crisis better than others.

“Turkey has followed a similar path and developed appropriate policies through bilateral cooperation and has achieved important gains in this region. If Turkey can get through this crisis with the least possible shortfalls, its advantageous position could be strengthened even more,” he said.

Turkey’s rights to energy exploration in the Eastern Mediterranean were cemented last November after the signing of a maritime treaty with the UN-recognised Libyan Government of National Accord, which defined the respective sea boundaries of the two states.

The agreement came amid unilateral drilling by the Greek administration on the island of Cyprus, which neglects the rights of the Turkish Republic of Northern Cyprus (TRNC) to resources in the area.

Greece has also been unilaterally laying claim to areas of the Eastern Mediterranean on the basis of remote islands that form part of its territory, in violation of maritime agreements that are based on contingent land masses.

Ankara has long called for negotiations between Mediterranean states to resolve such disputes.