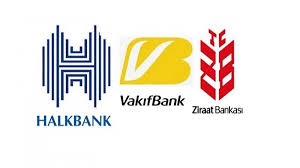 Turkey’s state banks have become the major conduit through which state aid is flowing to small & medium companies and unemployed citizens. They ramped up their loan growth to 20% YTD and 50% on an annualized basis. It goes without saying that most of these emergency loans will not be paid off soon. In fact, last week the administration ordered mandatory extension of all three-month emergency loans for six months. State banks needed more capital to borrow from abroad, because domestic deposit growth lags way behind loans.  At the end, the Treasury decided to inject capital into these state-owned lenders.

Turkish banks are under increased pressure to lend in the face of the coronavirus pandemic that is tipping the nation’s economy into what is expected to be its second recession in less than two years. State lenders generally have smaller capital buffers than their private peers.

A Treasury spokesman did not immediately respond to a request for comment.

“We expect necessary regulation to be announced and published next week to increase the capital of state banks,” said one of the sources, both of whom requested anonymity.

“The capital increase will be around the 5 billion to 7.5 billion lira level for each state bank, totalling about 20 billion lira.”

Analysts said bank shares had been boosted by expectations of fresh capital. Ziraat is unlisted.

Finance Minister Berat Albayrak told investors on Wednesday that Turkey will soon announce details of a plan to raise state banks’ core capital, according to two people on the conference call.

Albayrak said Turkey was “totally committed to supporting our state banks”, one of the people said.

Turkey, which has imposed a partial lockdown to curb the pandemic, has offered Treasury-backed loans for companies hit by the economic fallout from the coronavirus crisis, while state banks distributed consumer loans with deferred payments.