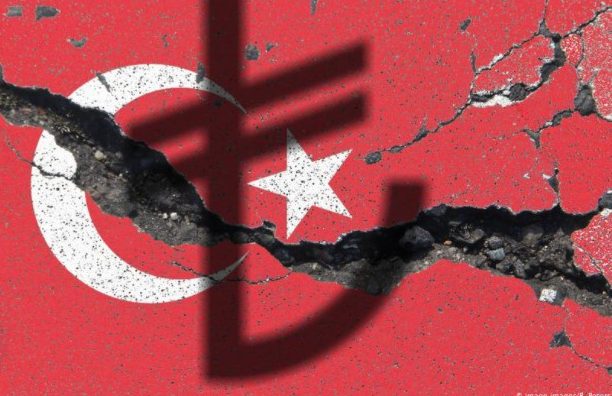 The United States’ decision to increase interest rates is putting pressure on economies in the Middle East, economists told The Media Line.

Cem Çakmaklı, an assistant professor of economics at Koc University in Istanbul, told The Media Line sectors that import goods are especially feeling the impact of rising interest rates in the US.

He says the hike in the US interest rate also puts major pressure on Turkey’s embattled currency. Last year, the Turkish lira lost 44% of its value and continued to depreciate.

The combination of the local currency losing its value at the same time as the US dollar is gaining strength has led to imports becoming more expensive.

“The total amount of the money spent on imports increased a lot because of this currency depreciation,” Çakmaklı said.

Even if products are meant for domestic consumption, many of them require foreign goods to produce, meaning they ultimately will bear a higher price tag for Turkish consumers and increase the trade deficit.

“There is this vicious loop,” he said. “Currency shock, then inflation, inflation increases, then currency increases further and then there is this loop.”

Inflation in Turkey is officially reported at more than 80%, however, independent economists believe it is much higher.

Critics of Turkish President Recep Tayyip Erdogan have accused him of undermining the independence of the country’s central bank, forcing interest rates to continually be kept low.

That is despite orthodox economic policy stating that the rates must rise in order to fight against inflation. Turkey has seen steady economic growth under Erdogan’s governance, a major political boost for the president.

But an increase in interest rates would make borrowing more expensive, which could decrease investment and limit growth.

That could hurt the Turkish president’s reputation among his supporters with up to eight months to go before national elections that are expected to be the toughest Erdogan has faced since entering office.

“Global inflation has an effect, but the primary reason for [increasing prices] is the choice of monetary policy,” Çakmaklı said.