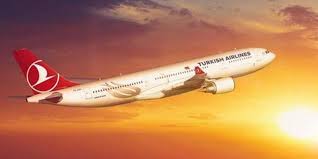 It is true that even if the Covid-19 pandemic is over, some things will never be the same, at least for a long time.  Tourism and civil aviation lead the pack of industries that will have to downsize. Turkey’s pride and glory, the flag carrier airline THY is no exception. Turkish Airlines (THY) Chairman of the Board Ilker Ayci said that recovery in the industry may take up to 5 years.

In the interim, THY is adopting cost-cutting measures. It  will return the old planes, whose lease contracts have expired to reduce the cost, and will not lease new ones. Additionally, the career   can also delay the delivery times of aircraft orders from Airbus and Boeing.

In an interview with Uğur Cebeci from Hürriyet, Aycı stated that the costs increased too much and added  the following: “Our costs have increased substantially. After the relaxation of inter-city travel, the  ceiling for bus fares has been determined as 500 lira. This price was 450 lira  for a one way ticket  according to  October 2019 regulation in domestic flights. Unless ceiling prices are raised,  flying passengers will damage the company’s health”.

Regarding the measures taken against the increase in cost, Aycı said: “We will return the old planes that we have used to terminate the rental contracts. We will not make new leases. Unless of course such are needed. So far, we have received  half of the  of Boeing 787-9 aircraft from our 25-plane deal. We can push forward delivery times. We have the same number of orders for Airbus 350-900 type aircraft. We  are already discussing the issue of delivering the ready ones. Efforts are being made to postpone others. We try to alleviate serious burdens that may arise.”

‘We are trying to protect employment’

Referring to the possibility of dismissals, the chairman of the board of THY continued as follows: “As far as personnel goes, we will resist layoffs until the end of 2020. We continue negotiations with unions on salaries. We are trying to protect employment.”

Stating that  safe flight measures such as leaving the middle seat vacant within the scope of the Covid-19 epidemic are unsustainable, Aycı stated that sufficient occupancy ratios could not be achieved in in flights: “Flying with occupants such as 60-66 percent greatly affects the company’s health. It will take one or three years to improve what we have experiencing today. Maybe five years. We cannot increase our passengers whilst such arrangements are in place. There is no profit without high occupancy. It will take time to reach 2019 occupancy rates. ”