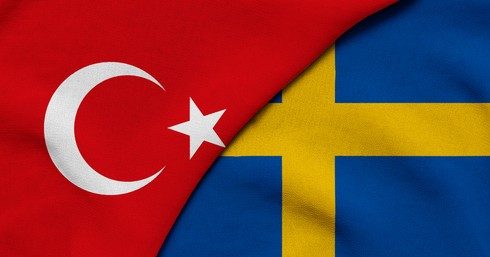 Protests in Stockholm against Turkey, including the burning of a copy of the Quran, heightened tensions at a time when the Nordic country needs Ankara’s backing to gain entry to the NATO military alliance.

During the protests on Saturday in the Swedish capital, an anti-immigrant politician from the far-right fringe burned a copy of the Quran near the Turkish embassy, according to media reports.

Turkey condemned the demonstration as “vile” and cancelled a planned visit by Sweden’s defense chief to Ankara intended to try to address Turkey’s objections to Sweden joining NATO.

“We condemn in the strongest possible terms the vile attack on our holy book,” the Turkish Foreign Ministry said in a statement.

Turkish Defense Minister Hulusi Akar said the talks with his Swedish counterpart, Pål Jonson, were called off as they had “lost significance and meaning.”

Jonson tweeted on Saturday that he had met with Akar on Friday in Germany, where they “decided to postpone the planned meeting in Ankara until later.” The visit had been scheduled for January 27.

“Relations with Turkey are very important for Sweden and we look forward to continuing the dialogue on common security and defense issues at a later date,” Jonson wrote.

The Quran-burning was carried out by Rasmus Paludan, leader of Danish far-right political party Hard Line, according to media reports.

A separate protest took place in Stockholm supporting Kurds and against Sweden’s bid to join NATO; and a group of pro-Turkish demonstrators also held a rally outside the embassy, according to reports.