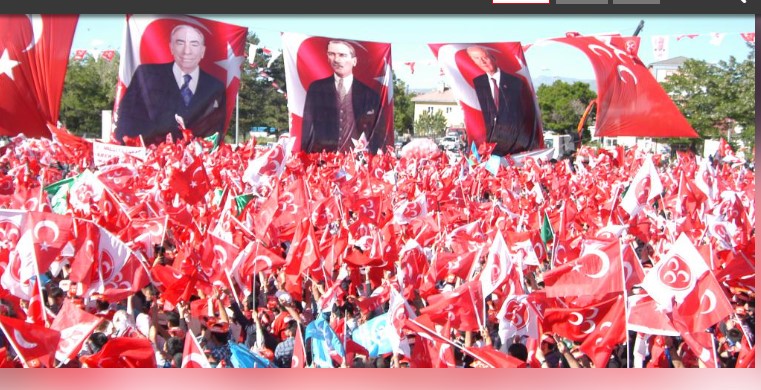 A lawmaker from the ranks of the Nationalist Movement Party (MHP) has resigned following the launch of a disciplinary action against him over his critical statements on the state of the Turkish economy.  Opposition press claims that MHP and AKP backbenchers are extremely unhappy about Erdogan’s inaction in the face of rising poverty.

Baki Ersoy, MHP’s deputy from the Central Anatolian province of Kayseri, announced on Twitter that he resigned from his party over the weekend.

“I will continue to remain loyal and attached to my cause and my leader, Mr. Devlet Bahçeli. I resign from my party to prevent my cause and my party from being exploited due to the public discussion about disciplinary action against me,” he stated.

The MHP is part of the People Alliance with the ruling Justice and Development Party (AKP) and has already announced that it will support President Recep Tayyip Erdogan’s presidential bid in the next elections. Bahçeli often voices his support for the AKP government and its economic policies.

Disciplinary action was launched against Ersoy after he stressed that the actual inflation rate was much higher than the officially announced figures. “The price hikes are ruining the people. This is real and we cannot ignore that. We have to talk about these things,” he had stated in a TV interview.

The MHP now has 47 seats in parliament.

According to secularist bastion Cumhuriyet,  AKP deputies find it hard to justify the current economic misery to their voters. Erdogan’s promise of economic recovery rings hallow in poor districts. A new poll by Gezici reveals 81% of participations claim the economy is in a bad condition. Another poll finds that among the disgruntled, more than 60% blame  Erdogan administration.

Despite being forced to admit that economic stagnation and rising inflation are problems for the people and need to be dealt with, Erdogan has not announced a plan.  He urges patience to the voters to wait for the summer, when according to his view the Ukraine War  will end, resulting in lower energy and food prices. He also expressed  confidence that a buoyant tourism season will generate new jobs and much needed demand for the service industries.