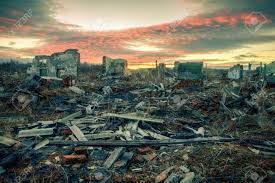 New data from the state-run Turkish Statistical Institute for April 2020, as well as private surveys are sounding warning bells for the country, which has been hit hard by the coronavirus outbreak at a time when it was gradually recovering from a recession.  Turkey’s foreign trade deficit has risen by 180 percent within the past year following the prevention measures against COVID-19 that reduced export volume significantly, with a 17.8 percent decrease in exports.

The ratio of exports to imports left a deficit of 5.4 billion Turkish liras ($766.13 million), with imported goods totaling 18.8 billion liras while exports only reached 13.4 billion liras. Imports grew by just 3.1 percent compared to the previous year, and industrial production, especially agricultural products and quarrying, made up a majority of exports.

The main export destinations for Turkish products were Germany, the US and the UK, while the country imported mostly from Germany and China in the same period.

In the last week of April, Turkish customs authorities attempted to delay imports to balance the month’s trade deficit. They adopted a “red line” practice at customs to channel all imported goods through a detailed examination where each imported good was examined and documented strictly.

However, this approach was canceled after negative reactions from the trade community nationwide.

In the meantime, the Turkish lira further weakened against the dollar on May 4, hitting the key psychological level of 7 — the weakest since the currency crisis in August 2018. The lira’s downward trend against the dollar followed the latest move of Turkey’s central bank governor, Murat Uysal, in announcing a lower inflation forecast during a press conference on April 30.

Turkey has also rejected any deal with the International Monetary Fund (IMF) for funding assistance although the pandemic has seriously undermined the country’s already fragile public finances.

To indicate the negative reputation of the IMF in Turkish public opinion, a new survey shows that only 30.8 percent of participants think Turkey should borrow from the IMF to alleviate the economic effects of the coronavirus crisis, while the remaining 69.2 percent are against it. Partially due to the political discourse that has generally demonized the IMF, 56 percent of participants said that they did not trust the IMF.

According to opposition sources, state relief is not reaching the temporarily unemployed and workers without social security coverage, deepening the economic misery and adding more pressure on domestic demand.  In addition, according to economist Dr Ali Orhan Yalcinkaya,  Turkish exports will not reach pre-crisis levels before end-2021.

For Timothy Ash, a London-based senior emerging markets strategist at Bluebay Asset Management, there is general uncertainty about the impact of Covid-19 on the balance of payments.

“The assumption was that lower oil prices would counterbalance the loss of tourism receipts, but it was unclear about manufacturing,” he told Arab News.

“It is clear that manufacturing exports are not going to recover. So likely the trade and current account deficits will widen this year putting more pressure on the lira,” Ash said.

Turkey is expected to relax its COVID-19 precautions this month starting with small businesses, while tourist businesses such as hotels, museums and transportation sector — the main drivers of the economy — might begin to move next month.

However, foreign tourists are not expected to flock immediately to the country in June because sector professionals are not expecting visitors until autumn, at least, due to global health concerns about another outbreak with the lessening of social distancing rules and the lack of a vaccination.

Turkish Airlines may begin domestic flights next month, with international flights to be determined according to the choices of the destination country. The flagship carrier reportedly implemented a pay cut of up to 55 percent for its staff in April.

The number of foreign visitors arriving in Turkey has shown a 22.1 percent year-on-drop in the first quarter of the year. The country has also seen a 11.4 percent decline in its tourism income in the first two months of the year.

Turkey’s economic confidence index had a drop in April of 5.8 percent compared to the previous month, according to the official data.

Negotiations with international central banks on providing more liquidity into the economy through swap deals are continuing.