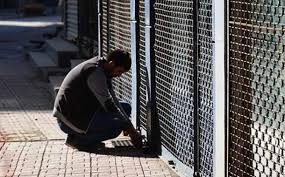 Turkey has about 130,000 confirmed coronavirus cases – the highest total outside Western Europe, the United States and Russia – and has been in lockdown at weekends and on national holidays since the start of April.

However, Erdogan said on Monday that Turkey will start easing measures gradually in May, June and July after the spread of the virus slowed over the past two weeks.

Speaking after a cabinet meeting, Erdogan said that senior and youth citizens will be allowed outside for four hours for one day a week from next weekend and that travel restrictions would be lifted for seven cities, excluding Istanbul, Izmir and capital city Ankara.

The restrictions will be lifted for Erzurum, Aydin, Hatay, Malatya, Mersin, Antalya and Mugla but remain in place for 24 other provinces, Erdogan said.

Shopping malls, barber shops and some stores will be allowed to open on May 11 provided they abide by so-called normalisation rules, adding that universities would return to their academic calendar on June 15.

“We will implement this normalisation plan dynamically. Some dates may be brought forward or pushed back depending on developments,” Erdogan said in a national address.

“We will, as all 83 million people, determine when and how we will return to our lives. If measures are not followed and the outbreak spreads once again, we will have to take much harsher measures.”

Turkish Medical Association urged maximum caution in lifting corona-related restrictions, denying the claim by the Health Ministry that the epidemic is fully under control. Turkey is yet to begin testing for asymptomatic patients, which may be as high as 25% of diagnosed cases with complaints.

Several public health experts were skeptical whether social distancing measures could be enforced in shopping malls.