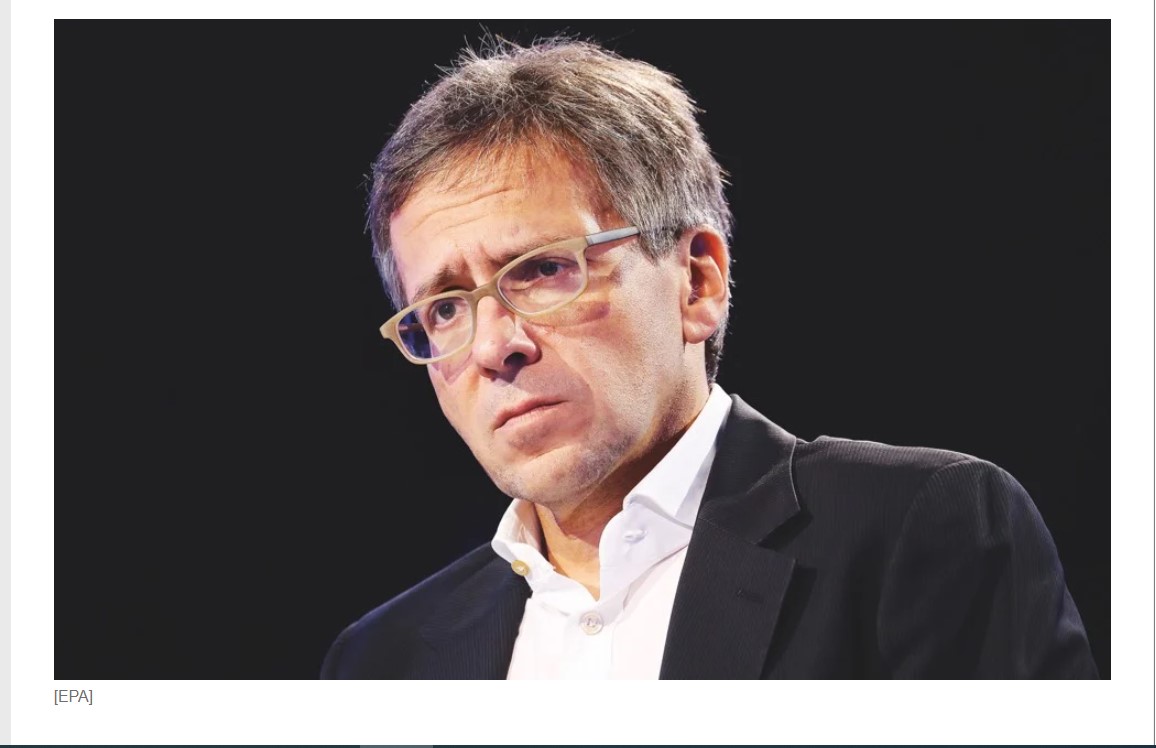 The rift between Joe Biden and Recep Tayyip Erdogan runs deep as the American president – in contrast to his predecessor – attaches a great deal of importance to respect for democratic values and does not see his Turkish counterpart as willing to cooperate in the framework of a world order based on shared principles and rules, Ian Bremmer, the head of Eurasia Group, tells Kathimerini in an interview.

The experienced and influential American analyst paints a bleak picture for Ankara, stressing that the US-Turkish alliance is at a critical crossroads given that the prevalent opinion in Washington is that Turkey’s strategic significance is no longer what it used to be and that civil and human rights violations by the Erdogan government against many sectors of the population – from the Kurds to women – have irreparably damaged the country’s international image.

Moreover, Bremmer talks about the upgrade of the Washington-Athens relationship, including in the field of defense cooperation, a development that will significantly bolster Greece’s regional influence and geostrategic value. He also notes that after being ousted from the F-35 program, Turkey has lost its air superiority in the region in the medium term, while the aggressive and unpredictable way it has been acting in recent years is isolating it from the international community and accelerating its “effective exclusion from the NATO umbrella.”

Are we witnessing, if not the end of the US-Turkey alliance, possibly its dramatic deterioration over the long term?

We’re certainly at a turning point given the significant deterioration we’ve seen. Turkey has undertaken a major shift away from democracy, which didn’t bother Donald Trump but is a very real issue for Joe Biden. That overarching concern – on top of the S-400 issue, the Halkbank sanctions and fighting over Syria – and then the US pivot away from the Middle East towards Asia all spell problems for the long-term US-Turkey relationship. And now the Armenian genocide recognition, which has been an issue for many US administrations but that Biden is the one to actually pull the trigger on, is just the recognition of how much less important the alliance is.

How significant is it that it took Biden three whole months to call Erdogan?

What does recognition of the Armenian genocide signify?

All administrations since [Ronald] Reagan have ignored it, not wanting to antagonize the Turks. Biden doesn’t care; [Barack] Obama had promised it but then pulled back, which folks like Samantha Power and Ben Rhodes said was a big mistake. Biden and his Secretary of State Tony Blinken made the promise knowing all that history, and Vice President Kamala Harris has co-sponsored the resolution. All the stars were aligned this time around and they made the decision months ago (I broke the story in March). In addition to all that, there is a growing sense in Washington that Ankara is just no longer a critical strategic ally the way it once was; this recognition is a symptom of the broader US-Turkey decoupling under way.

Will Turkey’s removal from the F-35 program change the balance of power in the Aegean and its projection of strength in the broader region?

I suspect not much in the short term, as Turkey’s military capabilities are robust. But this is the result of their decision to pursue the S-400s. In the medium term and beyond, Turkey’s ouster from the F-35 program will spell the end of Ankara’s air superiority in the region. This also comes on the back of a massive purge in their county’s air force following the failed 2016 coup attempt against Erdogan. With all of Turkey’s rivals lining up to acquire F-35s, including the UAE and Greece, Ankara’s S-400 gambit will prove very costly. Turkey’s alternatives for next-generation fighter aircraft are buying Russian or Chinese ones, or developing its own. The first option will only deepen Ankara’s isolation and accelerate its effective exclusion from the NATO umbrella; the latter is still a long shot as Turkey has yet to develop a viable engine.

What is your analysis of the situation in the East Med? Will Erdogan take a step back and try to mend fences with Greece, Egypt and Israel, or will he be more assertive and aggressive?

Near-term, he will try to mend fences, but he is only going to be under more domestic pressure (particularly given the country’s economic and health struggles amid the pandemic) and that will make him more erratic. And when he’s erratic, that’s a problem for both Turkey and others.

What is Greece’s role in this new regional puzzle?

It will be more aligned with the US going forward, helped tremendously by the fact that it has a government trusted by major European powers as well as Washington. It is also doing decently responding to Covid, which helps position it better. It also has broad remit to improve defense cooperation with the US, which will place Greece in good stead as Washington eyes options outside Turkey – which will necessarily improve Athens’ position vis-a-vis Ankara.

What is your assessment of the domestic situation in Turkey, from the economy to human and women’s rights, among others?

Not great, and a poor Covid response is just the most acute problem the country is facing. The economy continues to struggle to find its footing, and isn’t being helped by the ill-advised interventions Erdogan keeps making at the central bank, depressing whatever investor appetite is left to take a chance on Turkey. Democracy in the country continues to deteriorate across multiple fronts, whether it be on women’s rights or the widening assault on Kurdish politicians. Erdogan is obviously feeling the pressure, but his actions aren’t really moving the needle in the direction of either helping himself or Turkey more broadly.