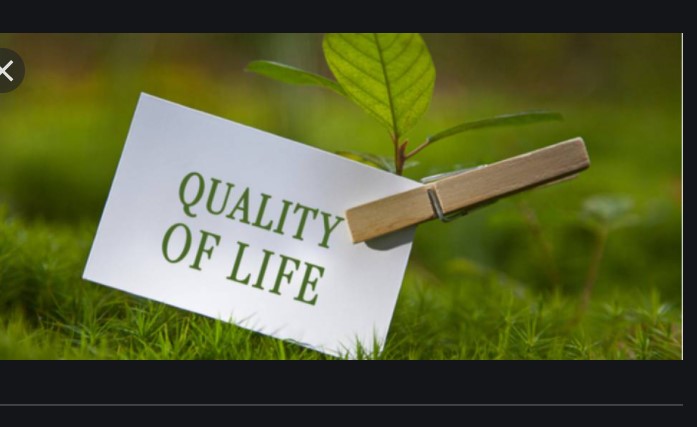 What began as a roving conversation about the role of happiness in policy among a group of visiting academics (which I was lucky to be a part of) in Bhutan in 2010 has become a widely used tool that tracks the emotional “temperature” of societies around the world (and individual life satisfaction)—every year. Citizens in 162 countries can explore where their country ranks and the driving factors. Released one year after the COVID-19 lockdowns began, the 2021 World Happiness Report encompasses a monumental year in terms of happiness.

While the findings of the report are wide-ranging, three lessons stand out for improving societal well-being—and sustainable economies—going forward.

While the pandemic was an unprecedented hit to mental well-being worldwide, populations that were already vulnerable—in terms of preexisting conditions, loneliness, and precarious jobs or living situations—were hit the hardest. In the U.K., for example, the general measure of mental health was 7 percent lower in May 2020 than predicted before the pandemic, while the number of mental health problems reported was 49 percent higher. And while mental health recovered somewhat over time, recovering by roughly half, those with prior mental health conditions, limited internet and social connections, and uncertainty about the pandemic suffered the most, and demand for mental health services increased at the same time that the logistical capacity to deliver them fell.

Rather surprisingly, life satisfaction, a measure of how people evaluate their well-being over the course of life, fell only slightly in the countries for which we have data throughout the year (for the most part wealthier countries in Europe, the U.S., Australia, and New Zealand, as well as South Africa). In most of these, life satisfaction dropped significantly but quickly recovered to its pre-COVID-19 levels after the early weeks of the initial lockdown. Much of the literature, including studies of my own, show that already happy people are quite resilient to negative shocks and can adapt to them and recover their previous levels of well-being/life satisfaction.

Yet COVID-19 affected emotional well-being—which is more sensitive to daily events—more and for longer. Sadness, loneliness, and anxiety all increased much more than life satisfaction decreased. And while some of these were caused by the lack of in-person contact, there is also evidence that those with mental health issues who were able to continue treatment via digital technologies fared much better during the shock. If anything, the pandemic highlighted the need for all societies to pay more attention to the mental health of their people, in addition to physical health, albeit with differences across countries.

People who trusted others fared better than those who did not (there is an issue of causality of course, as happier people are also more likely to trust others). Related to this, countries with higher levels of trust in public institutions did better at managing the pandemic than those with lower levels (something I have written about). Not surprisingly, many of these countries, with New Zealand leading the charge, also focus on well-being centrally in their national policy priorities.

The authors also found that a mediating channel—in both trust levels and success in managing the pandemic—was income inequality. Two of the countries with the worst record of managing the pandemic in 2020 were the United States and Brazil. Both have among the highest levels of income inequality in the world, as well as unequal access to public goods. Income inequality explains 20 percent of the difference in COVID-19 management outcomes between Denmark and Mexico, for example, while individual trust (based on the wallet question) also explains some of the difference, as does having a woman as head of government. High levels of inequality of both income and opportunity, meanwhile, are one reason the U.S. has dropped five points in the rankings over the past decade, falling from 11th in 2011 to 16th in 2017-2019, even though it is one of the wealthiest countries in the world.

Those in precarious jobs, the young, and the already lonely were the hardest hit by job loss, which was a major factor in well-being losses. Furloughed workers—who had some assurance their jobs would come back—fared much better than those who were permanently laid off, for example. Unemployment accounted for a 12 percent loss in life satisfaction and a 9 percent increase in negative affect/moods during the pandemic. Countries with more efficient and expansive labor market protections and social safety nets experienced lower well-being losses. The U.S. again scores poorly on this front, with its fragmented and relatively meager safety nets for those who are out of work. It also stands out as the only wealthy country (and even many poorer countries) where the unemployed often also lose their health insurance, which is tied to employment status. Most other countries have national health services that provide at least basic health care for all citizens, regardless of employment status.

Social support, meanwhile, is an important source of well-being and can mitigate unemployment or uncertainty about employment. In the U.K, those individuals who reported being lonely prior to COVID-19 experienced a 40 percent higher negative well-being shock from unemployment during COVID-19 than those who were not lonely prior. Furloughed workers also suffered a greater well-being shock than the employed. Finally, the report cites survey data of the well-being of the employed through the course of the pandemic, and found, remarkably, that having a sense of belonging at the workplace had a much more important effect on reported happiness at work than did either fair compensation or flexibility at work.

COVID-19 aside, long-term unemployment is one of the few things that are linked with permanent drops in individual well-being. My research finds that individuals who are unemployed long-term and/or out of the labor force tend to have worse objective health conditions, high levels of despair and addiction, and have lost hope for any sort of productive or meaningful existence. While a tragedy on its own, the extensive nature of this problem in the U.S. is also a drag on our productivity and possibilities for a full economic recovery. This issue has come to the fore, meanwhile, as the future of work, particularly for the low-skilled, is increasingly uncertain.

What is remarkable is how simple these lessons are, yet how much variance there is across countries. Investing in health—physical and mental—will make for happier and more productive societies which are, in turn, more resilient to major shocks such as COVID-19. Providing workers with decent working conditions and social insurance has the same result. And the same institutions that make those investments possible also result in higher levels of public trust, which in turn lead to the social cohesion that helps societies navigate and build back better from shocks such as the COVID-19 pandemic.