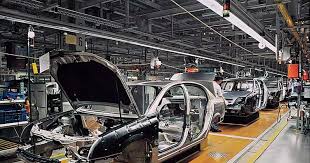 According to the forth  survey by automotive suppliers industry organization, TAYSAD, about the impact of corona outbreak on the industry, 50% of TAYSAD members reported a turnover loss of more than 55 percent in April. Half of the suppliers participating in the survey predicted that they would experience a turnover loss of more than 25 percent by the end of the year. As participants projected the average decline of their profits before tax at the end of the year by 40 percent and above; 11 percent said they would have losses.

TAYSAD shared the results of the Coronavirus Impact Research. According to the survey, as of June 1, the ‘complete stand-still’ in the industry has ended, with as of June 21, 42 percent of members reporting a return to normal working conditions, but in compliance with new social distancing measures already adopted. The survey revealed that the production volumes in the supply industry will exceed 60 percent by June, while the potential turnover and loss of employment in the sector attracts particular attention.

According to the survey results, at least half of TAYSAD members lost more than 55 percent of turnover in April. One of both supply industrialists predicts a 25 percent turnover loss at the end of the year. Stating that the number of employees may decrease due to the job loss caused by the pandemic, the participants said that by the end of the year, approximately 15 percent of blue-collar employees; and a 9 percent in white collar employees may be laid off.

TAYSAD President Alper Kanca, said state support  can provide significant advantages for the automotive sector in Turkey in  avoidance of the many negative scenarios. Kanca said, “Our latest survey reveals that all of our members started to produce and production volumes increased gradually as of June. However, the survey also gives urgent alarm signals for the future of the automotive industry. As TAYSAD, we think that the tax reductions ought to be  activated for the domestic market  soon as possible and loan financing of domestic vehicles through public banks should be supported. On Friday, four state banks unveiled consumer and auto loan programs at below-market interest rates.

Turnover loss in the supply industry is over 25 percent

91 percent of the suppliers surveyed stated that they focused primarily on reducing overhead expenses due to low demand caused by Covid-19. Participants also listed the measures they will take during this period as reducing or completely stopping investments, lowering personnel costs, and taking out  additional debt. The supply industrialists who participated in the survey also stated that due to the loss of work caused by the pandemic, the number of employees could decrease, with approximately 15 percent of blue-collar employees and a 9 percent of in white collar employees being let go by year-end.