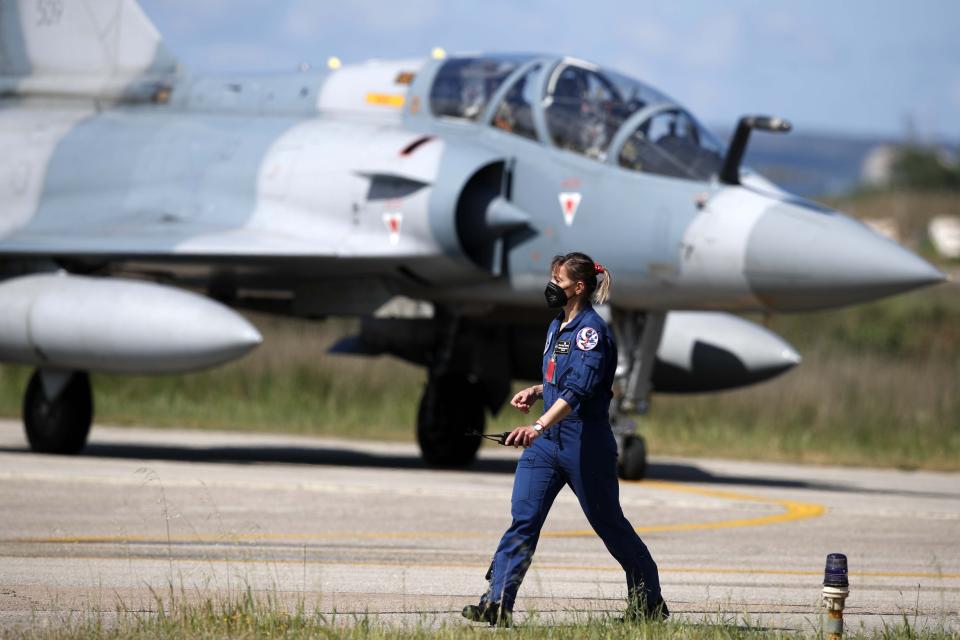 Greece has vowed to expand military cooperation with traditional NATO allies as well as Middle Eastern powers in a race to modernize its armed forces and face its militarily assertive neighbor Turkey.

“We cannot be naive. We are facing a new set of threats,” Mitsotakis said, speaking in a hangar in front of aircraft taking part in the exercises. “Our world is extremely complex and our neighborhood is, unfortunately, becoming more unstable. Greece will continue to strengthen its defense capabilities and upgrade its armed forces.”

Greece spends more on defense than any other European Union country relative to the size of its economy. But it announced a major rearmament program last year following a naval standoff with Turkey over natural gas drilling rights in the eastern Mediterranean.

Under pressure from NATO allies, Greece and Turkey resumed diplomatic talks in January to try and ease the tension. Athens, however, is pressing ahead with an accelerated military upgrade program worth 11.5 billion euros over five years.

Greek officials at the weekend signed agreements worth $1.65 billion with Israel’s military and defense contractor Elbit Systems to create a new flight academy near the southern Greek city of Kalamata.

The air force has already begun overhauling its fleet of U.S.-made F-16 fighters and has placed a 2.3 billion-euro order to buy 18 French-made Rafale fighter jets, some currently in service with the France’s military, along with an upgrade of compatible missiles.