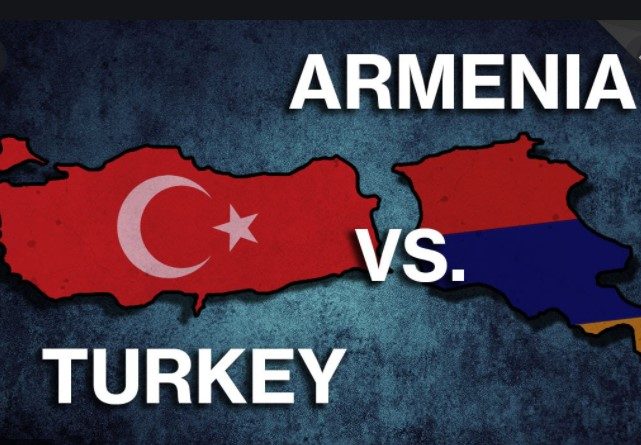 Turkish Foreign Minister Mevlut Cavusoglu said on Tuesday that any move by U.S. President Joe Biden to recognize the 1915 mass killings of Armenians by the Ottoman Empire as a genocide will further harm already strained ties between the NATO allies.  The 24 April commemoration of 1915 ethnic cleansing of Armenians in Eastern Anatolia which elicits completely opposing narratives among Turks and Armenians about its causes and has been the single biggest diplomatic headache for Turkey for decades. While many nations have recognized the Ottoman atrocities as genocide, Biden’s recognition of it would carry special weight.

Turkey accepts that many Armenians living in the Ottoman Empire were killed in clashes with Ottoman forces during World War One, but contests the figures and denies that the killings were systematically orchestrated and constitute a genocide.

Commemorations of the killings are held around the world each April 24.

For decades, measures recognizing the Armenian genocide, stalled in the U.S. Congress and U.S. presidents have refrained from calling it that, stymied by concerns about relations with Turkey and intense lobbying by Ankara.

Asked in an interview with broadcaster Haberturk about whether Biden would recognize the killings as a genocide amid reports he would be the first U.S. president to do so, Cavusoglu said the United States “needs to respect international law”.

“Statements that have no legal binding will have no benefit, but they will harm ties,” Cavusoglu said. “If the United States wants to worsen ties, the decision is theirs,” he said.

In 2019, the U.S. Senate passed a non-binding resolution recognizing the killings as a genocide, in a historic move that infuriated Turkey

Ties between Ankara and Washington have been strained over a host of issues, from Turkey’s purchase of Russian S-400 defense systems – over which it was the target of U.S. sanctions – to policy differences in Syria, human rights and legal matters.

Turkish President Tayyip Erdogan established a close bond with former U.S. President Donald Trump, but he has yet to speak to Biden since he became president on Jan. 20. Officials from Turkey and the United States have held talks since Biden’s administration took office.

According to Arab News, the Biden administration is considering acknowledging the genocide of ethnic Armenians by the Ottoman Empire, Ian Bremmer of GZero Media has reported in the lead-up to Armenian Genocide Remembrance Day, April 24.

In his “quick take” of March 22 on the possibility of Biden making good on his campaign promise next month, GZero’s Bremmer summed up the situation this way: “A lot of things going wrong for Turkey right now. They just pulled their country out of the Istanbul Conventions, European agreement that meant to protect women. And (Erdogan) also just sacked his new central bank governor. … The economy is not doing well. … he’s cracking down on the pro-Kurdish People’s Democratic Party, the HDP. … But the big news, is that Erdogan is about to face another diplomatic challenge.”

Turkish diplomatic sources stated that while many nations have recognized the so-called holocaust, Biden’s declaration would carry material significance, because it might allow the American Armenian Diaspora to lodge class action lawsuit in courts which would expose Turkey to billions of potential damages as well as further damaging the strained bi-lateral relationship.

In Turkey’s defense, Turkish historians claim that it was Armenian terror gangs, provoked by Russian czar who began the atrocities against Anatolian Turks which triggered the ethnic cleansing by the Ottoman empire. Like Turkey, Russia, refuses to open its historic archives for scholars to do research on this horrific event.