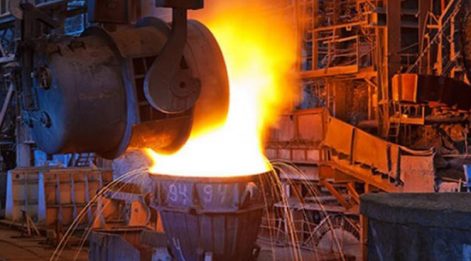 A panel of the World Trade Organization (WTO) has supported Turkey’s complaints and ruled that measures by the European Union designed to curb imports of steel are contrary to international trade rules, Turkey’s Trade Ministry said Friday.

The safeguard measures were implemented in 2018 and were due to last three years up to the end of June 2021 with quota limits increasing 5% each year.

But Turkey complained that the increases were less than 5% each year. The measures have also been extended until 2024.

In a statement, the Trade Ministry said the panel report, which has not been challenged or appealed by the EU, will be adopted at the WTO’s dispute settlement body in the coming days.

In the report shared with all WTO members on April 29, it was ruled that the EU should make its measures compatible with the agreement on safeguards, the statement read.

“After this decision, Turkey has demonstrated its rightness by staying within the mechanisms of the WTO, of which it is a founding member, at a time when protectionist and international practices contrary to international rules are increasing, and has contributed to the formation of a case law,” the ministry said.

“The outcome of the case is an important achievement for our country.”

The European Commission, which oversees EU trade policy, last week acknowledged that the panel was in favor of Turkey on three points and said it would implement the ruling after its official adoption by the WTO, Reuters reported.

The commission said the verdict was satisfactory overall as the most important issues were resolved in its favor and the WTO panel had confirmed safeguards could be used to protect domestic industry.

The EU had said the safeguards were needed to stave off a flood of imports after metal tariffs imposed by former U.S. President Donald Trump effectively closed the U.S. market.

Under President Joe Biden, the United States has suspended tariffs for some exporting nations, including the 27 European Union members.

Turkey, which is a major steel exporter to the EU, complained that the EU’s measures breached the bloc’s commitments to the WTO.

Under WTO rules, members are allowed to impose safeguards under specific conditions, including that imports have risen to the point where they are damaging domestic industry and that this should be the result of “unforeseen developments.”

The three-person WTO panel accepted Turkey’s view that the European Commission had failed to show that steel imports rose because of unforeseen developments and that the EU industry was threatened with a serious injury.

The report will be final and binding on the EU, and many steel exporting countries, especially Turkey, affected by the measure, will be able to start compensating for their losses in the EU market with the full implementation of the decision, the Trade Ministry said.