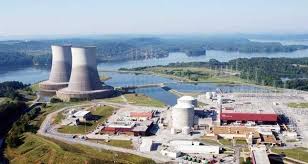 The answer is more political than economic, Ahval News suggests. Turkey doesn’t need a nuclear power plant, in particular if it comes with purchase guarantees at fixed dollar prices. Turkey’s energy demand forecast have been curtailed sharply, as renewables command an ever increasing share of the total generation. The sharp and probably long-lasting decline in spot LNG prices, too, render a nuclear power plant too expensive. But, diplomatic relations are probably going to play a much bigger role than economics in Turkey’s decision whether to go ahead with the Russian built Akkuyu Nuclear Power plant.

Russia’s $20 billion nuclear power project located in Mersin on Turkey’s Mediterranean coast has long come under fire over safety and environmental concerns, including claims of large cracks in the concrete foundations due to loose and unstable ground in the area.

Officials broke ground on the Akkuyu power plant in 2018, which is set to be Turkey’s first nuclear power station and is due to come online in 2023 – the 100th anniversary of the Republic of Turkey.

But engineers and workers began ringing alarm bells over a potential nuclear disaster soon after its inception, and a group of NGOs filed a lawsuit with a Turkish court demanding for construction to be halted.

Main opposition Republican People’s Party (CHP) Mersin deputy Alpay Antmen shared a before-and -after photo combo of the Akkuyu plant project, the latter of which depicts barren land that was once covered by lush trees.

“The first explosion has happened to nature,‘’ Antmen said on Twitter on Friday.

“Heaven has been turned into hell. If construction alone causes this kind of damage, imagine what the plant itself will do,‘’ the CHP lawmaker said.

A Turkish court in the southern province of Mersin ruled on 26 June to accept a request by the NGOs for relevant ministries and the National Security Council (MGK) to be able to intervene in the project, Cumhuriyet newspaper reported.

The court said the case would be reported to the MGK (National Security Council), which has no obligation to intervene in construction, but may now choose to do so. Lawyers involved in the case had also said that the Russian power plant could pose a national security threat to Turkey.

The court also gave the green light to a request by the NGOs for the involvement of a number of Turkish ministries in the case, including the Health Ministry, the Treasury and Finance Ministry, as well as the Food, Agriculture and Livestock Ministry.

How this latest development will play out in the ambitious Russian-Turkish joint-venture remains to be seen. But it arrives at a time of ongoing tensions between Ankara and Moscow over Idlib province in northwest Syria, where the two countries back opposing sides.

Since February, Ankara, which supports certain rebel groups, has deployed thousands of troops to the region, alongside military trucks and armoured vehicles including tanks, while Moscow, a staunch backer of the Syrian President Bashar Assad, continues to provide the Syrian military with modern fighter jets and other military hardware.

Turkey and Russia brokered a ceasefire agreement on March 5 to end the fighting in the province between Turkish-backed forces and the Syrian military, following the death of at least 33 Turkish soldier in a Russian-backed Syrian government airstrike in Idlib the month before.

Ankara-Moscow relations had been seemingly on the mend following a diplomatic crisis in 2016, when Turkey downed a Russian jet along the Syrian border, prompting Russia to level harsh sanctions against Turkey.

Turkey is backing the United Nations-recognised Government of National Accord (GNA) based in Tripoli and has intensified its support this year, while Russia has thrown its weight behind the rival eastern-based renegade military commander Khalifa Haftar, who has led a 14-month offensive to seize Libya’s capital city.

But disagreements in Syria and Libya have not stopped the two countries from defence cooperation.

All this being said, the decision to activate S-400s and what to do with Akkuyu Power plant may have to await the outcome of US presidential elections.