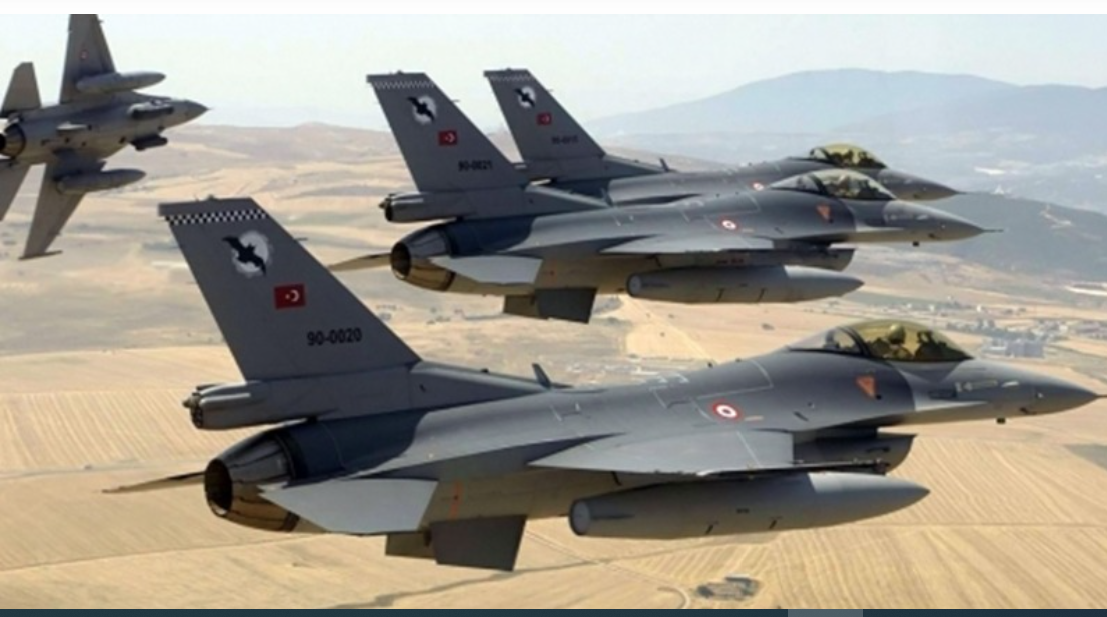 Turkish  jets dropped bombs on Syrian Kurdish towns, such as Kobane on Saturday, supposedly in retaliation of the Beyoglu, Istanbul terror strike which killed 6 innocents. The Interior Ministry was quick to pin the blame of terror organization PKK and its Syrian collaborator PYD/YPG, which is not recognized as a terror organization. The air strikes aim to kill three birds with one stone, suggests Simon A Waldman of Haaretz, adding Erdogan is priming a far bigger explosion than the Istanbul bomb. The incident is certain to be used to extract more concession from NATO candidates Finland and Sweden, to pander to domestic ultranationalist constituencies and renew the never-ending crack down on Kurds and left-wingers.

It took just ten hours for Turkey’s security services to catch the alleged perpetrators of last Sunday’s terrorist outrage. Six people were killed and dozens wounded after a bomb was detonated in Istanbul’s Istiklal Caddesi, a popular pedestrian thoroughfare teeming with shops, restaurants, cafes and bars.

READ:  Sinan Ciddi:   The Istanbul Terror Attack Is More Than It Seems

Reacting to the attack, Turkey’s President Recep Tayyip Erdogan declared that “Efforts to seize control of Türkiye and the Turkish nation through terrorism will not yield results.” Such words struck a chord with many Turks who were used to hearing similar refrains between 2015 and 2017 when Turkish cities were continuously rocked by waves of deadly terrorist attacks by ISIS and the Kurdistan Workers Party (PKK). Sunday’s attack was blamed on the PKK and its Syrian affiliates. Quickly capturing the culprit was an absolute must for the authorities.

According to official accounts, the woman who allegedly planted the bomb was a member of the PKK. Or rather, the Syrian based People’s Protection Units (YPG) which Ankara considers one and the same as the PKK. Authorities say she entered Turkey from Afrin, Syria, several months ago and was following the orders of the YPG.

And here’s the problem. If this account is accepted as accurate, the YPG was the most effective local fighting force in the international coalition against ISIS, proving pivotal for the military defeat of the terrorist group in 2019. The YPG was certainly a bigger help against ISIS than Turkey which only reluctantly battled ISIS and had earlier turned a blind eye to weaponry and militants crossing its border into Syria to join ISIS’s ranks between 2013 and 2014, the so-called Jihadi Highway.

WATCH:  Turkey’s Kurds Will Determine the Outcome of 2023 Elections

Turkey’s interior minister refused to accept U.S. condolences for Sunday’s atrocity on the basis that the US supports the YPG in Syria and therefore directly and indirectly supports terrorism. Justice Minister Bekir Bozdag made similar claims.

Both the PKK and the YPG have vehemently denied responsibility or involvement for last Sunday’s attack, but this won’t make a blind bit of difference to Ankara.

In the coming days and weeks, expect Ankara to increase its attempt to stop international backing of the YPG while intensifying its military operations against Kurdish forces on the ground. Turkey will seek to exert pressure on not only the U.S., but also Finland and Sweden who need Turkey’s support to enter NATO, a strategic necessity for both having witnessed what happens to countries such as Ukraine if one is outside of the military alliance.

Turkey has made its acceptance of the two Nordic countries conditional on them ceasing support for the YPG. There is no chance that Ankara will say aye to NATO expansion until after Turkey’s general election, scheduled for June 2023. Until then, Ankara will closely monitor Sweden and Finland’s actions and expect full support in its operations against the PKK.

Ankara may even seek international support for resettling refugees living in Turkey into the areas of Syria it occupies. On Sunday, Interior Minister Suleyman Soylu pledged to build 100,000 houses in Syria for refugees, while President Erdogan has indicated that he wants at least one million of the over 3.5 million Syrians living to Turkey to return to safe zones in Syria.

This intensification of the Kurdish conflict is especially disappointing as in recent weeks, there were signs of possible conciliation. In July, Selahattin Demirtas, the jailed former leader of the liberal and pro-Kurdish Peoples’ Democratic party (HDP), whose imprisonment has been condemned by the European Court of Human Rights and other international bodies, said that he would like to one day see the PKK disarmed and that “The HDP is not the PKK’s extension, mouthpiece or supporter,” adding that it was time for “dialogue and negotiation.”

However, after Sunday’s blast, these faint glimmers of hope for diplomatic progress appear obscured. The biggest casualty of the recent terrorist attack is the hope for peace talks between Turks and Kurds. Instead, more violence and conflict are on the imminent horizon.

Dr Simon A. Waldman is a visiting lecturer at King’s College London and the co-author of The New Turkey and its Discontents (Hurst/OUP, 2017). Twitter: @SimonWaldman1