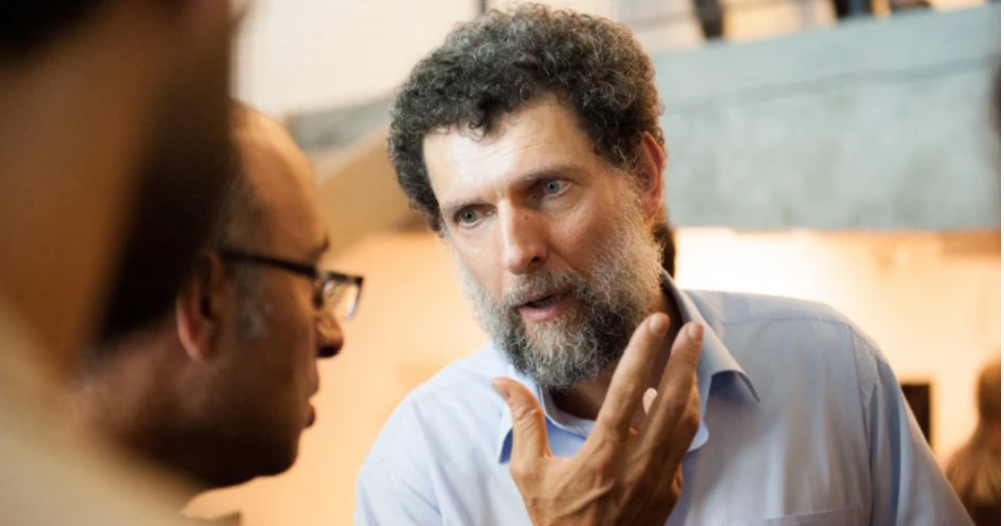 A Turkish court has sentenced an activist and philanthropist to life in prison in a case Turkey’s international allies said was politically motivated.

Osman Kavala has already spent more than four years in prison without being convicted. He was found guilty of charges related to the nationwide protests in 2013, called the Gezi protests, and the failed coup attempt in 2016.

Kavala denied the charges and has accused the government of “judicial assassination”.

The United States said it was “deeply troubled” by the conviction.

Western diplomats were among those attending a packed court.

Gezi protests were a grass-roots movement to protest Erdogan’s arbitrary governance, lasting over a month and triggering mass unrest in 80 out of Turkey’s 81 provinces.   Erdogan has made it his business to criminalize Gezi, claiming it was provoked by CIA, or the Soros Foundation.  Related  lawsuits are still ongoing.

Kavala was first accused of orchestrating and financing nationwide anti-government protests that erupted in 2013.

He was acquitted, but soon after he was accused of being part of the attempted coup in 2016, which saw tens of thousands of people jailed or lose their jobs.

At the trial, he was charged with both counts.

Europe’s top court, the European Court of Human Rights, has said there was insufficient evidence he committed an offence, and that his arrest was an attempt to “silence him and dissuade other human rights defenders”.

“His unjust conviction is inconsistent with respect for human rights, fundamental freedoms, and the rule of law,” the US State Department said in a statement.

Kavala was born in Paris and educated in the UK. Before being thrust to prominence, he ran a cultural center.

Recep Tayyip Erdogan, whose government has become more authoritarian in recent years, has accused Kavala of being an agent of the Hungarian-born US billionaire George Soros.

One of the three presiding judges dissented with the verdict, writing in his opinion that  there was no admissible evidence proving the alleged felony.

His continued detention has put Turkey on a collision course with its Western allies, and with the Council of Europe. His sentence closes the door to any improvement in relations with EU. The Council of Europe had already  begun rare infringement proceedings, where  ECHR is expected to render an opinion of about potential violations of Europe’s Human Rights Carter.  Ultimately, this could lead to Turkey being expelled from the 47-nation human rights body.