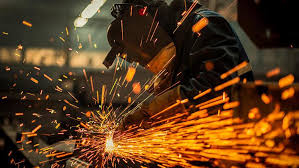 The capacity utilization rate of the Turkish manufacturing industry declined to 75.9% in December, according to official data released by the country’s central bank on Monday.

The figure was down by 1 percentage point from 76.9 in November. The seasonally adjusted capacity utilization rate in the manufacturing industry fell by 0.7 percentage points to 75.9% in December, down from 76.6% in May.

While the highest capacity utilization was recorded in investment goods at 76.8% in December, the lowest was seen in durable consumer goods at 72.1%, Central Bank of the Republic of Türkiye (CBRT) data showed.

Capacity utilization rate figures are based on the responses of local units operating in the manufacturing industry to a business tendency survey.

The CBRT said 1,734 companies responded to the survey this month, and the data did not reflect the bank’s views or predictions.

A score of 100 or more on the index denotes optimism, while a number below the 100 mark designates pessimism.