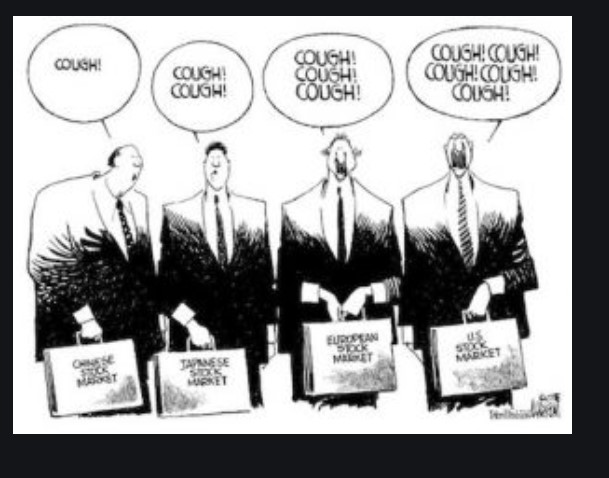 By 7 pm Istanbul time, dollar/TL was trading up again, around 7.85-87, while Borsa Istanbul’s main index slumped by %9.79, as foreign financial investors bailed out en masse. The damage from President Erdogan’s rash decsion to fire Central Bank governor Naci Agbal and to pull Turkey out of a treaty to defend women against violence is taking its toll in Turkish financial assets, with Eurobonds, TL bonds and CDS also taking major hits.  At home, women continued their protests, as the administration scrambled to do “damage control”.  PA Turkey will cover all of these stories as the night advances and the dust settles.

For the time being, the Lira slump is causing risk-off in global financial markets, with several sources citing contagion in other EM:

Gold fell as much as 1% to $1,727.01 earlier as investors flocked to the dollar and government bonds, spooked by Turkey’s abrupt decision to replace its central bank head with a critic of high interest rates.

“If (Turkish) citizens are concerned that the lira is weak, they’d look to buy U.S. dollars or gold, but this is where the fear comes – that capital controls will stop money coming into the country …it could be tricky for people to get their hands on dollars, and in turn gold, in the next few weeks,” CMC’s Madden said.

Mexico’s peso fell almost 1% and Brazil’s real broke a three-day winning run on Monday, showing the impact of a plunge in the Turkish lira after the country’s central bank chief was ousted. The Mexican peso headed for its third day of declines, trading at 20.7 per dollar, while the real weakened by 0.9% to trade near 5.53 per dollar. Most emerging market currencies weakened on the news as investors sought the safety of the U.S. dollar, although losses outside of Turkish markets were contained.

The Turkish lira briefly fell 15% to near record lows after the weekend firing of Naci Agbal, which prompted fears of a reversal of tight monetary policy that helped the Turkish currency to outperform its rivals this year. The lira cut some losses to trade down 8.3%, while other emerging market peers such as the South African rand and eastern European currencies weakened slightly.

“Even though EM is weaker this morning, we don’t expect long lasting contagion into Latam,” Citi analysts wrote in a note. Brazil and Russia last week joined Turkey in raising in interest rates as they sought to tamp down inflation, with expectations of higher borrowing costs in the developed world also hurting EM currencies, reported Reuters.

But last weekend’s dismissal of Turkey’s Naci Agbal comes at a particularly tricky moment for the country’s economy, points out Reuters’ Dasha Afanasieva.

Inflation is at 16% (more than three times over target) and the current account is in a steep deficit due to falling tourist revenues and a general economic slowdown, added the Guardian, tongue in cheek.

Meanwhile, a note by Societe General making headlines in Turkish press fretted that the country may be at the precipice of a currency crisis.  Eurasia  Group claimed Ankara was poised to impose capital controls, a rumor widely circulating in Turkish media.  Moody’s wryly noted that the sacking of Central Bank governor Mr Naci Agbal was likely to add to “policy uncertainty”.

On the other hand, locals greeted the weekend shocks with calm, having lived through such storms before, reportedly selling dollars to realize profits and buying modest amounts of short-dated Eurobonds.

The chaos is going to get worse by the day, as Treasury’s borrowing costs soar suddenly amidst a heavy redemption schedule, and Covid-19 cases probably rising to 30K/day, according to health authorities.

The key date to watch is Wednesday, 24 March, when President Erdogan will make a 2 hour speech at AKP’s Grand convention.  Journalists anticipate a new road map, as well as 5-7 Cabinet ministers getting the sack.  Also on the same day, Turkish Foreign Minister Mr Cavusoglu will meet his US counterpart Mr Anthony Blinken, where experts anticipate frank exchanges, as it had happened between Blinken and the Chinese delegation in Alaska.

Stay tuned, Turkey continues to offer endless fun—as long as you don’t happen to live there.