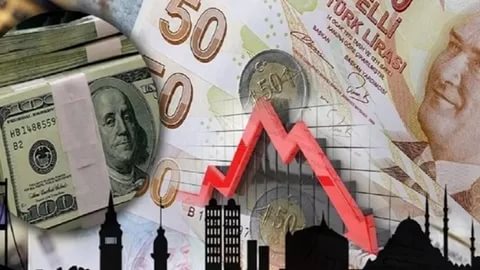 For investors in Turkey, December 2021 will go down as the month of the white-knuckle ride, when even the most ardent believers in this country’s tremendous potential came close to giving up and walking away.

The Turkish lira was the world’s worst-performing currency in 2021 due to President Recep Tayyip Erdogan’s low-interest-rate policy and the sacking of four consecutive central bank governors. However, the December 16, 2021, decision by the nation’s central bank to cut interest rates by a further 1%, to 14%–its fifth 100 basis point reduction since September, when inflation reached 21.6%—sent the currency into a tailspin. Already down by 50% from January 2021 to January 2022, the exchange rate continued to plummet through mid-December, before recovering after the authorities announced emergency measures to shore up confidence in the currency. The exchange rate settled back at around the 14 lira to the dollar following the new measures.

In January, the country’s central bank estimated December’s inflation rate at 36%, but unofficial estimates are much higher. The lira’s collapse pushed real interest rates into negative returns. and foreign-exchange interventions believed to have cost the Central Bank of the Republic of Turkey $7.3 billion.

Turkey now suffers its highest inflation in two decades, reviving memories of the hyperinflation of the 1970s and 1980s, amid shaken investor confidence and unprecedented and continuing exchange-rate volatility.

As 2022 gets underway, the plan behind this chaos is emerging. “The low-interest-rate strategy is part of a wider one aimed at boosting exports and creating a very much more export-focused and less import-dependent economy,” says Roger Kelly, an Istanbul-based economist for the European Bank for Reconstruction and Development (EBRD).

On the surface, at least, 2021 seemed to lay firm foundations for this approach. Turkish exports exceeded $225 billion, a 33% increase from 2020’s all-time high, led by dynamic sectors such as automotive—where exports rose 15% year on year to just below $30 billion—manufacturing, finance, information and communication technology (ICT) and agribusiness. Meanwhile, the lira’s collapse has depressed imports while helping large exporters earn more as they exchange their foreign currency holdings into lira to pay their local workforce.

The strong performance of the export sector helps explain Turkey’s dramatic GDP growth, with the EBRD expecting a 9% to 10% increase for 2021, but a slower 3.5% increase in 2022.

This Time Is Different

Against this background, some believe that the current run on the lira differs from previous ones. “The idea seems to be that if you can reduce the current account deficit sufficiently and stabilize the situation, all will be well,” says Kelly. “It’s true that today’s current account deficit of around $15 billion, or 2.5% of GDP, is much lower than the $50 billion during the last major lira crisis in 2018, but what’s missing here, really, is structural reforms.”

In place of these structural reforms, the government put a series of measures into effect to mitigate high inflation and the volatile lira’s effects on ordinary Turks, who have been hit hardest. In December, the government raised the monthly minimum wage, which about 40% of the population receives, by nearly a half to 4,250 lira (approximately $316) for 2022 while abolishing the income tax bracket for the lowest earners.

To reduce dollarization—around 50% of currency holdings are in dollars—authorities introduced a complex new initiative to encourage Turks to keep their money in lira. Under the scheme, lira-held accounts are indexed to the exchange rate so that the central bank compensates savers for any depreciation against the dollar. A similar plan promises incentives for those who convert their foreign currency holdings into lira.

The programs seemed to have gained some traction among Turks and helped stem the lira’s decline. Nonetheless, the schemes’ costs will affect public finance, one of the bright spots of the Turkish economy, and may prove insupportable in the event of another big run on the lira, critics say.

Throughout the devaluation crisis, Erdogan has stressed the importance of Turks to believe in and support their currency while appealing to the “Turkishness” of his new economic model. In all official pronouncements, government officials now refer to the country by its Turkish name—Turkiye—and issued a redesigned logo that manufacturers must include on their domestically made products that further emphasizes their Turkishness.

Alongside increasing Turkey’s brand awareness, the government has also been at pains to point out that although well below pre-financial-crisis and pre-pandemic levels, foreign direct investment (FDI) into Turkey has held its own compared with other countries. In the first 11 months of 2021, FDI reached $11.6 billion, an 87% increase compared to the same period in 2020. Although global FDI dropped 35% in 2021, Turkey witnessed only a 14.3% decline over the same period.

“Turkiye has proven herself a resilient player in global value chains, and multinational companies are increasing their commitments in line with their strategies of near-shoring, regionalization and diversification,” says Burak Daglioglu, president of government investment body Invest in Turkiye.

The country has become a favorite for companies wanting to near-shore from Asia, and is now home to over 75,000 foreign-registered companies. IT, high tech and pharmaceutical investors are particularly active as Turkish manufacturing seeks to move up the value chain, Daglioglu adds.

The country has long been proud of its technical universities, many of which act as business incubators. Turkey is also enthusiastic about its FDI strategy, unveiled in June, which made ICT, digitalization and green investment sectors priorities. International and domestic companies have taken advantage of the tax breaks and grants for high-tech investments. Ericsson, Ford, Nestlé and US-based pharmaceutical company Gilead Sciences are among the most recognized names that announced new investments in Turkey last year. Meanwhile, companies like European grocery-delivery service Getir show Turkey’s capacity to turn successful startups into international champions.

Another leg to Erdogan’s strategy has been refocusing investment and business activity toward Turkey’s “near abroad,” especially former parts of the Ottoman Empire where Turkish businesses feel they have an advantage and where Turkey undoubtedly has soft power and a linguistic advantage.

Despite January’s civil unrest in Kazakhstan, airport operator TAV declared it would invest an additional $200 million into operations at Almaty airport on top of the $450 million it spent to acquire the airport. Turkey is already a significant investor in UAE and has normalized once-thorny relations with the emirate ahead of a series of planned business investments. Ankara is also moving to normalize relations with Armenia to facilitate trade with it and the other South Caucasus countries.

If there is a strategy, will it work? Fitch Ratings remains skeptical, and says high inflation and policy uncertainty could undermine GDP growth, especially as the 2023 national election nears.

“You have to look at the price you pay for growth, especially when it is volatile—as is often the case in Turkey—and aggravates economic imbalances, especially inflation,” says Erich Arispe, senior director in Fitch’s Sovereign Ratings team, which dropped Turkey’s outlook from stable to negative in early December.

The dramatic changes in monetary policy over 2021—rising interest rates until the March dismissal of the CBRT governor, followed by the loosening of monetary policy that current governor Sahap Kavcioglu started in September—undermined domestic confidence and Turkey’s increasingly vulnerable foreign asset position. “Some $168 billion in total external debt matures this year, and the interest rate cuts have not made government borrowing any cheaper,” Arispe says. “Financing conditions have tightened despite the lower monetary policy rates.” Such actions only stress Turkey’s continued dependence on foreign capital, even in the short term.

The government is surely also concerned about its growing unpopularity, particularly among the less-well-off and rural voters who once formed the backbone for the ruling Justice and Development Party. Many have been impoverished by high inflation and dramatically rising prices for energy and basic foodstuffs. Further policy changes to win back voter support, even at substantial additional cost to the public purse and Turkey’s international credibility, seem inevitable.