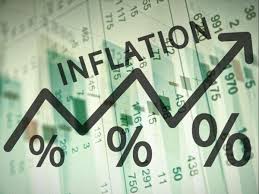 Turkey’s consumer price inflation rate may climb to 16.9 percent in June according to FOREKS, citing the median estimate in a survey of 16 economists.

Estimates varied between 16.5 percent and 17.5 percent, FOREKS said on Monday. Prices may increase by 1.42 percent month on month, it said.

Turkey’s inflation rate fell to 16.6 percent in May from 17.1 percent the previous month. Inflation is under pressure after the lira fell to a record low against the dollar this month and manufacturers increased prices at a faster pace. Producer price inflation stood at 38.3 percent in June.

The lira, which reached a record low beyond 8.8 per dollar at the start of this month, may trade at 9.16 per dollar by the end of the year, according to the average estimate of seven financial institutions, FOREKS said. Forecasts ranged between 8.95 per dollar and 9.35 per dollar.

The Turkish Statistical Institute is due to publish June inflation data on Monday. The central bank, which has said inflation peaked in April, will meet on July 14 to decide whether to alter the benchmark interest rate of 19 percent.