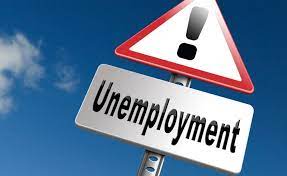 Turkey’s seasonally adjusted unemployment rate dropped to 11.5% as of September as per the official figures, to 3.8 million people.

The drop stemmed from the increase in the number of employed people by 426K (to 29.5 mn) over August while the labor force increase was limited with 356K people (to 33 mn).

TURKSTAT’s monthly employment data is subject to high volatility.  Hence it would be better to grasp the three month average inflation numbers before making a more slid comment on the dynamics in the labor market.  Yet, it would be suffice to say that normalization following the dramatic contraction due to pandemic last year is helping.  The industry sector with the help from strong export performance is the main attraction point yet almost 55% of the labor force remain in the services sector.

Over the 12 months period, the increase in Turkey’s population eligible for work increased by 1.08 mn people. The rise in the labor force during the same term appeared much higher at 2.08 mn whereas the employment over the past 12 months jumped by 2.24 mn people as per Turkstat.

The breakdown of employment by sector shows a dramatic rise in the industry sector. In September 2021 over August:

The 341K people dropping out of the services sector employment during August remains inexplicable.

In September 2021, the rate of composite measure of labour underutilization consisting of time-related underemployment, potential labour force and unemployment was 21.9% with 0.2 percentage point increase compared to the previous month.

The youth unemployment rate (15-24 age group) was 21.5% with 0.9 percentage point decrease compared to the previous month and the employment rate was 32.7% with 0.3 percentage point increase. Almost one out of three young people in Turkey remains jobless. With the labor force participation rate in this age group at 41.7%, more than half of the youth remains out of the labor force.