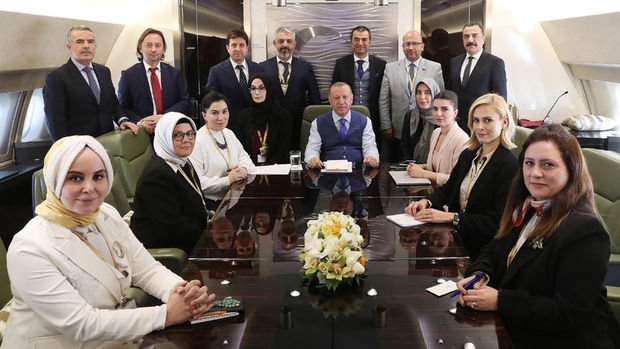 Turkey’s President Recep Tayyip Erdogan said borrowing costs will fall slowly and gradually, pulling back from previous exhortations to cut quickly, in a shift of tone before the central bank’s interest rate meeting later this week.

“The exchange rate, the interest rate, will fall slowly, gradually and without hurry” to make 2022 “our brightest year,” state-run Anadolu Agency on Tuesday cited Erdogan telling a group of reporters on his way back from Albania.

Erdogan’s statements echoed those of Treasury and Finance Minister Nureddin Nebati, who told Bloomberg last week that officials would like to see how the economy develops in the first quarter.

The central bank has cut its policy interest rate by 500 basis points to 14% since September and put easing on pause until the end of March to assess the outcome of its monetary stimulus. The central bank rate-setting meeting is scheduled for Jan. 20, and Erdogan’s remarks appear to be confirming that borrowing costs will be kept on hold.

Erdogan said the lira has stabilized following government measures on Dec. 20 that included the introduction of guaranteed returns on lira deposits.

“As you know it came down to 12 and even further, but later climbed. But we will pull that down too,” Erdogan said, referring to the lira-dollar exchange rate. The Turkish currency was trading 0.7% lower at 13.5373 against the dollar as of 1:03 p.m. in Istanbul.

The lira lost almost half of its value against the dollar in 2021 to become the worst-performing major currency, mainly because of the interest rate cuts. Its depreciation accelerated inflation that hit 36% in December, the highest level in nearly two decades.

“Inflation is on the decline, will be on the decline, that’s for sure,” said Erdogan, who believes an unconventional economic theory that low rates curb consumer prices.

Bloomberg — With assistance by Asli Kandemir