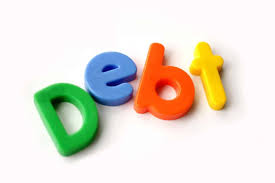 Turkish state-lenders lowered interest rates for housing loans in June — 0.64% for new houses and 0.74% for second-hand houses — and extended loan’s maturity up to 15 years.

Hence, housing loan demand has increased rapidly. The housing loan volume of banks had increased by TL10.2 bn in the whole of 2019, and this number reached a record of TL18.9 bn  in the three weeks of June 5-26.

The government has been providing ease of credit for citizens which are mostly practiced by state banks.  The private banks that see dangers of extening higher volumes of loans are being penalized by the state.  That is on 9 July, BRSA (Turkish banking sector watchdog) decided to impose a total administrative fines of TL204.7mn on seven banks. In the BRSA statement, the complaints made by individual and commercial customers were shown as the reason for the penalty.

The situation of course poses higher risks for the banks during a time when COVID-19 related lockdowns are adding to unemployment and the future appears bleak along with CPI inflation in Turkey at 13% yoy.