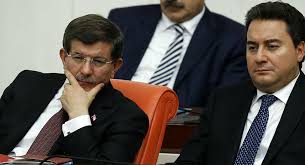 ANKARA (Reuters) – Turkish President Tayyip Erdogan’s AK Party is planning to push through measures with its nationalist allies that affect how political groups may contest elections and could hamper new opposition parties taking part in any snap elections.

Three AKP officials told Reuters there is no intention to hold elections before the scheduled polls in 2023. The planned measures are not meant to block new parties but rather to prevent a political manoeuvre used in the past, they said.

In 2018, 15 parliamentarians from the main opposition Republican People’s Party (CHP) switched to the new Iyi Party so that it could contest snap elections by forming a parliamentary group. One AKP official said the new measures will stop parties from forming parliamentary groups in this “unethical way”.

The measures would lower the threshold for parties to enter the assembly to 5% of the vote from 10%, but crucially for new parties would prevent tactical transfers like those made in 2018. The government expects to submit the changes to parliament in June, the AKP official said.

The CHP has signalled it would offer support to the new parties, prompting senior AKP official Naci Bostanci to say his party is working with its nationalist MHP allies to prevent attempts to “market” lawmakers in an anti-democratic way.

To take part in elections, parties must have held a congress and formed a party structure in half of Turkey’s provinces or already have a group of at least 20 MPs in parliament – criteria which the two new parties do not yet meet.

“It’s clear that any legal regulation about political parties is being brought on the agenda to prevent new parties like ours from entering elections,” said a senior official from Babacan’s Deva Party.

Selim Temurci, spokesman for Davutoglu’s Future Party, said his party was on the verge of meeting the conditions of the law and will hold a congress in August.