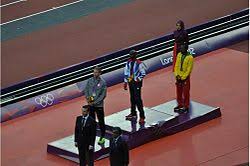 ISTANBUL: Turkey is the second-worst country in its region for business fraud, and known cases may be only the tip of the iceberg, a new report says.

The US-based Association of Certified Fraud Examiners (ACFE) assessed cases of fraud in 23 countries in Eastern Europe and Western and Central Asia. With 13 known cases, Turkey was second only to Serbia, with 14.

The ACFE said because of the large number of family businesses in Turkey the true number was likely to be much higher, because fraud in such companies was more difficult to detect.

The organization’s global report covers activity in 125 countries between January 2018 and September 2019, reported by certified examiners who investigated cases of occupational fraud.

Fraud has been widespread in Turkey in recent years, especially among organized gangs taking refugees into European countries.

More prominently, on March 31 Turkey’s state-owned Halkbank pleaded not guilty in a US federal court in New York to charges of helping Iran to evade US sanctions, and of embezzlement, conspiracy, money laundering and fraud.

The case has strained relations between Washington and Ankara. The indictment alleges that officials received millions of dollars in bribes via Halkbank in return for taking part in the sanctions-busting scheme.

Halkbank’s former deputy chief executive, Hakan Atilla, received a 32-month prison sentence in the US in May 2018. He returned to Turkey and was appointed head of the Istanbul stock exchange.

Turkish legal experts claim the crony system established by President Erdogan, coupled with his attempts to control the justice system has created the perfect environment for fraud to prosper. News of Gulenists businesspeople buying their way out of prison with bribes is rampant. The High Court of Auditors have been stripped off many of its traditional duties of auditing SEE.

According to economists and multinational companies, the primary reason for Turkey’s dismal record in attracting FDI is the complete absence of rule of law, which makes protecting property and intellectual rights impossible and helps fraud to flourish.