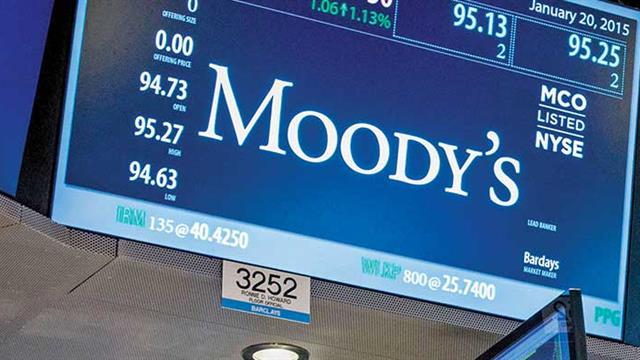 Our credit view of Turkey balances a large, diversified economy and moderate levels of government indebtedness against heightened external vulnerabilities and a continued erosion of institutional strength and policy effectiveness. In response to the coronavirus outbreak, Turkey has further eased its fiscal and monetary policy stance. But measures to counteract the economic effects of coronavirus remain relatively small and economic policy uncertainty persists. The central bank’s foreign exchange reserve position has declined considerably, while external refinancing requirements remain high and costly. In spite of the decline in oil prices, the risk of a balance-of-payments crisis remains material, and has been exacerbated by increased capital outflows.

We assess Turkey’s economic strength as “baa1”, reflecting its large and diverse economy, its relatively high per-capita income and its youthful population, which underpin its positive but slowing growth potential. Conversely, our assessment also factors in the volatility of this growth given the low savings rate, persistently high inflation, and heightened structural growth constraints in the absence of long-delayed structural economic reforms.

We adjust Turkey’s economic strength score to “baa1” from “a3” given the reliance of the economy on unsustainable credit creation and other fiscal and other quasi-fiscal stimulus.

The score for Turkey’s institutions and governance strength is assessed as “b1”, which is below the initial score of “ba3”. In our view, policy predictability, the effectiveness of economic policymaking and the rule of law – important aspects of institutions and governance strength – have steadily eroded in recent years. Intense political pressure exerted on key regulatory institutions such as the central bank has persistently undermined their credibility. In turn, the central bank has rarely achieved its principal mandate, the 5% (± 2%) medium-term inflation target. Amendments to the constitution to concentrate powers within the presidency have come into effect following the June 2018 presidential election and have reduced the predictability of macroeconomic, civil, and foreign policies.

The score for Turkey’s fiscal strength is set at “baa2”, below the initial score at “baa1”, to reflect the vulnerability of the government’s debt metrics to high inflation and currency depreciation given the increasing share of foreign currency-denominated and inflation indexed debt in the government’s total debt stock and a marginally shorter debt maturity structure. In addition, we take into account off-balance sheet financial obligations, such as public-private partnerships. That said, Turkey’s fiscal strength score also reflects the relatively low (but increasing) government deficit and direct debt ratios compared to most similarly rated peers, which is its key credit strength along with the dynamism of its economy.

Turkey’s susceptibility to event risk score (which is on an inverse scale relative to other factor scores) is assessed as “b”, driven by the country’s exposure to external vulnerability and political risk.

Turkey’s external vulnerability risk is set at “b” in light of the heightened vulnerability stemming from the country’s large external refinancing needs. Unusually weak domestic demand is flattering the headline current-account data, which currently shows a small surplus. Nevertheless, in structural terms Turkey still has a weak current-account position, which is tied to the low savings rate, dependence on energy imports, and the high import content of Turkish exports. Adding to external vulnerabilities are the country’s weak level of foreign exchange assets relative to economy-wide foreign currency and external payments obligations. These vulnerabilities are exacerbated by capital outflows from Turkey and other emerging market countries, which are in-part related to the pandemic.

Turkey’s political risk score is also set at “b”. Political tensions with the US government remain elevated due to Turkey having adopted Russia’s S-400 air-defense system, increasing the risk of renewed financial market stress and currency depreciation. In addition, geopolitical risks arising from Turkey’s engagement in the Syrian conflict remain high. This has been damaging to economic stability (tourism being an important source of export revenues) and confidence.

Turkey’s banking sector risk is also assessed at “ba”. This reflects the system’s reliance on short-term foreign-currency-denominated wholesale funding; asset quality concerns, though capitalization remains adequate; and the relaxation of regulatory standards, which lowers transparency and comparability to peers.