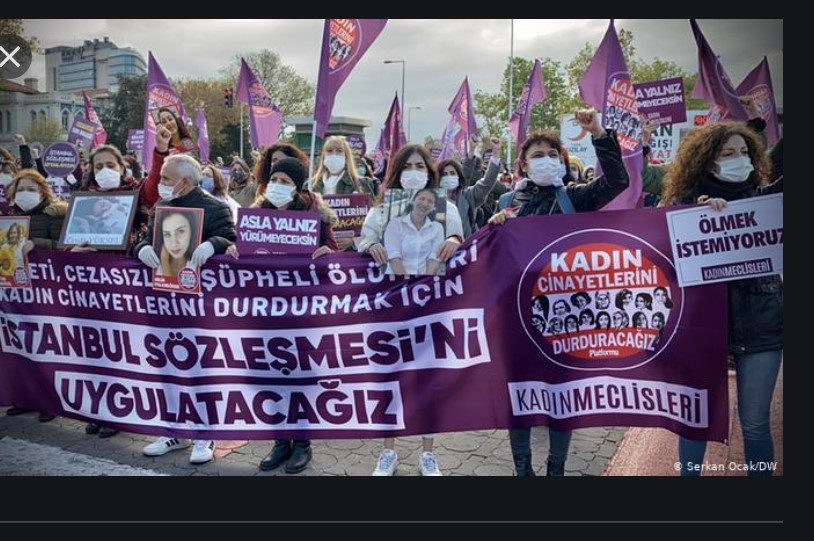 Turkey has left the Istanbul Convention designed to protect women against violence and combatting against domestic violence, reported TRT World.

“‘The Council of Europe Convention on Violence Against Women and Prevention of Domestic Violence and Combatting With Them’ has been terminated by the Republic of Turkey,” said the official gazette issued by the presidency early on Saturday.

Ankara signed the convention in 2011 and was the first country to ratify it.

Turkey’s Communications Director Fahrettin Altun says the country continues to “struggle with determination for women to participate more in social, economic, political and cultural life. Women are not objects but subjects of life!”

Another decree issued by the Turkish presidency said the central bank governor has been dismissed and replaced.

The decision comes as Agbal hiked interest rates by 200 points earlier this week.

Both moves suggest Erdogan is at the threshold of a radical policy change, though the new direction is most likely to be the exact opposite of what the modern world demands from him.  It is too early to be definitive about Erdogan’s intentions, but replacing a hawkish Central Bank governor and signing an act which will deeply infuriate Turkey’s budding women’s equality movement could  be interpreted as pandering to the Islamist-conservative base of voters and small businesses.  It could also mean, Erdogan is contemplating a snap election, where the AKP-MHP platform will be not the economy, but family values, return to Islam and a struggle against PKK terrorism. To recall, durign the week, Turkey’s Attorney General launched a lawsuit to ban pro-Kurdish Rights Party, HDP at the Constitutional Court.