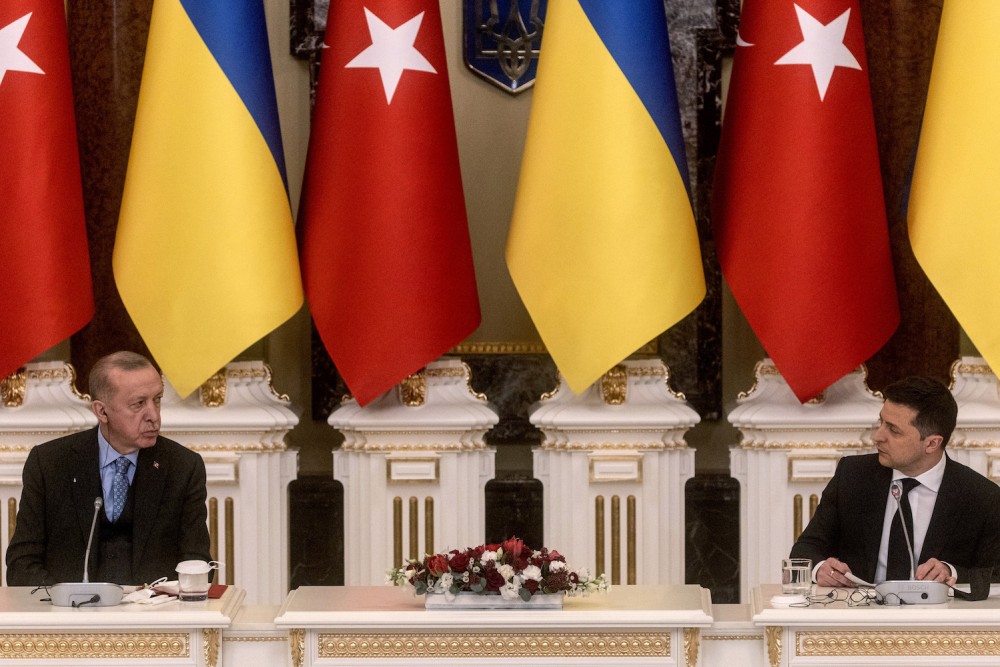 President Recep Tayyip Erdoğan had a telephone conversation with Ukrainian President Volodymyr Zelensky on Oct. 19 and discussed the latest developments in the Russia-Ukraine war, the Presidential Communications Directorate has said.

Erdoğan stated that the vision of a diplomatic solution should be kept alive under all circumstances and that Türkiye was ready to make any necessary contribution to ending the war through negotiations.

Türkiye has been mediating between Russia and Ukraine before and after the war broke out on Feb. 24 and convened the two sides’ foreign ministers and senior negotiators in Antalya and Istanbul, respectively.

Erdoğan proposed to convene Russian President Vladimir Putin and Zelensky in Türkiye under his mediation, but the escalation in the war prevented it.

Russia and Ukraine exchanged 200 prisoners of war on Sept. 21 as a result of Türkiye’s mediation and diplomatic traffic conducted with the leaders of the two countries.