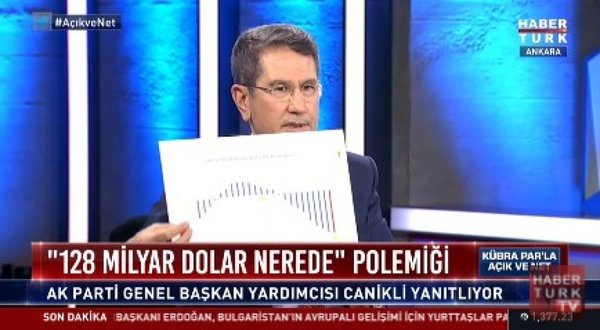 Turkey’s decision to keep interest rates at below inflation last year was a one-off necessitated by the COVID-19 pandemic, said Nurettin Canikli, deputy head of the governing Justice and Development Party (AKP).

Investors should not think that the authorities will return to such policies, Canikli, who is also head of economic affairs for the AKP, said in a televised interview with the Habertürk news channel on Monday.

The policy “can be used once in 100 years,” he said. “We have no chance to use this tool going forward. From now on, real interest rates will always be positive.”

Turkey’s central bank kept rates at below annual inflation for much of last year to help the government engineer a borrowing boom to offset the impact on economic activity of COVID-19. But the policy led to losses for the lira, prompting the bank to sell tens of billions of dollars of its foreign exchange reserves in the currency’s defence.

Canikli said that the authorities had helped industry and prevented mass unemployment.

“If you provide support to ensure that companies financial positions do not deteriorate, then production and employment will continue,” he said. “This is how economic growth happened. Otherwise at least 4.5-5 million jobs would have been lost. Nobody could deal with this.”

Canikli said the government was also aware of the negative financial impact of the policy.

Foreign investors and locals had sold the lira last year due to the negative interest rates, causing the currency to hit successive record lows against the dollar. Canikli admitted that the level of interest rates was to blame, saying roughly $95 billion “was used” as people turned to foreign currencies.

Turkey’s central bank is pledging to keep borrowing costs at levels that will help lower inflation to a 9.4 percent year-end goal, taking into account real interest rates in similar countries when setting policy.