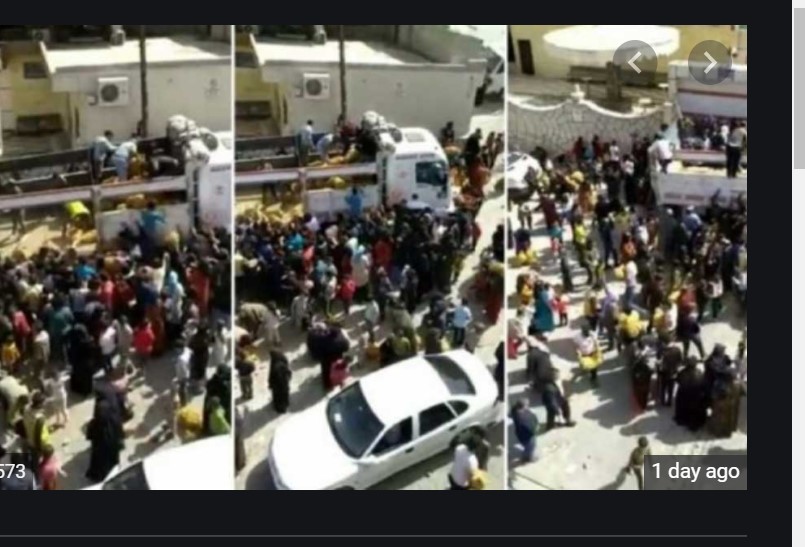 Images showing desperate Turkish citizens scrambling to grab free handouts of potatoes have stoked an ongoing debate over chronic poverty in the country.

The government recently began distributing potatoes and onions to needy people in some of Turkey’s poorest provinces.

But despite strict measures on large gatherings, brought in to stop the spread of the coronavirus disease (COVID-19), recent footage has shown crowds of people stampeding for the vegetables, some even picking up loose potatoes from the ground.

Under allocations, those requiring food aid were to receive 10 kg of onions and 20 kg of potatoes purchased by the government from farms.

“The image of crowds piled up for free potatoes and onions, as their only source of diet, has been the clearest picture of the Turkish economy right now,” Serkan Ozcan, an economist and founding member of the breakaway Future Party, told Arab News.

Turkey recently saw 250,000 people added to its jobless total, taking the figure for February to 4.23 million, an unemployment rate of 14.1 percent. In the same month, official statistics showed the annual inflation rate running at 15.61 percent.  A broader measures reveals unemployment and underemployment hovering around 28 percent.

“Since 2016, Turkey’s national income per capita decreased by one-quarter, and it is the worst record among its peers in emerging markets. When people are so desperate for potatoes and onions, it means that the government is not able to govern the country,” Ozcan said.

“Farmers are obliged to sell their excess products at cost, and people need to pile up in the streets because they cannot find jobs to feed their families.”

Food has become extremely expensive in Turkey, with annual consumer prices jumping to 15 percent, second only to Argentina among emerging market peers.  However, according to February Metropoll survey,   the median of participants believe food inflation is running at 40%.

Separately, Turkish opposition parties have been pushing the government to account for money they claim has gone missing from Central Bank reserves.

In a tweet, Kemal Kilicdaroglu, the leader of the CHP, said: “We are asking about the money of the poor, those in need, and orphans.”

Worries about paying bills and putting food on tables have become major priorities for Turks under the economic deterioration in the country as a result of the COVID-19 pandemic.

A recent survey in Turkey by international market research firm Ipsos revealed that 40 percent of Turks were concerned about poverty and social inequality, while 47 percent had fears about unemployment.

“People are suffering not only because of the pandemic but also due to income loss and rising living costs,” said Seren Selvin Korkmaz, executive director of the Istanbul Political Research Institute.

“In addition to increasing food prices the costs of basic services such as rent, electricity, and water have contributed to poverty. As a result, the economic downturn is evident in the crowds gathered around the potato trucks.”

Despite the possibility of several short-term financial support measures, Korkmaz said that the ruling Justice and Development Party (AKP) had no expertise in health or economic crisis management.

“I think the current presidential system without independent institutions based on good governance and expertise cannot provide viable solutions for the economic problems of the country.

“Hence, the economic situation might hit the current government in the next election if the opposition can provide viable economic policy vision to the voters,” she added.

More than 100 musicians in Turkey have committed suicide since the start of the COVID-19 pandemic after having lost their jobs and received no state support.

The government’s wage support program for employees of companies that have been hit by the pandemic also ended this month, leaving millions of people deprived of the scheme.