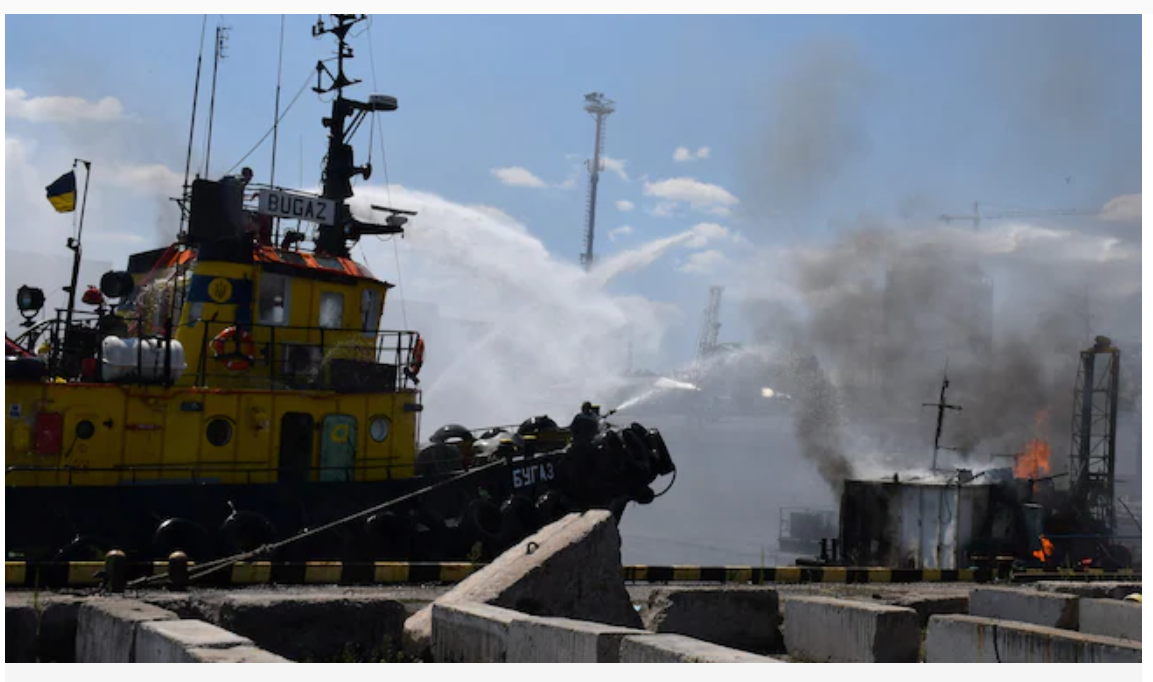 Russia said on Sunday that its cruise missiles had struck military infrastructure of Ukraine’s Odesa port, destroying a military boat a day after Moscow reached a grain deal with the United Nations, Turkey and Ukraine.

Ukrainian President Volodymyr Zelensky denounced Saturday’s strike on the Odesa port — which came just one day after the warring sides struck a deal to resume exports from the facility — as “Russian barbarism.”

Turkey helped broker the accord and said immediately after the double cruise missile hits that it had received assurances from Moscow that Russian forces were not responsible.

But Russia’s Defense Ministry rolled back on the denial Sunday, saying the strikes had destroyed a Ukrainian military vessel and arms delivered by Washington.

The port attack has cast a shadow over the milestone agreement aimed at relieving a global food crisis that was hammered out over months of negotiations and signed in Istanbul.

Zelensky said the strikes on Odesa showed Moscow could not be trusted to keep its promises and that dialogue with Moscow was becoming increasingly untenable.
However, Ukraine was proceeding with plans to restart grain exports from Odesa and other Black Sea ports despite a Russian missile attack on the Odesa port that cast doubt on Moscow’s commitment to the deal.

Infrastructure Minister Oleksandr Kubrakov wrote on Facebook late on July 23 that “we continue technical preparations for the launch of exports of agricultural products from our ports.”

Under the grain-export deal brokered by Turkey and the United Nations, exports of Ukrainian grain from three Black Sea ports would be restored to pre-war levels of some 5 million tons a month.

The missile strikes on Odesa appeared to violate the deal, under which Moscow would guarantee safe passage in and out of the ports.

Ukraine is one of the world’s largest exporters of wheat, corn, and sunflower oil, but Russia’s invasion of the country and its naval blockade of Ukrainian ports have halted shipments.