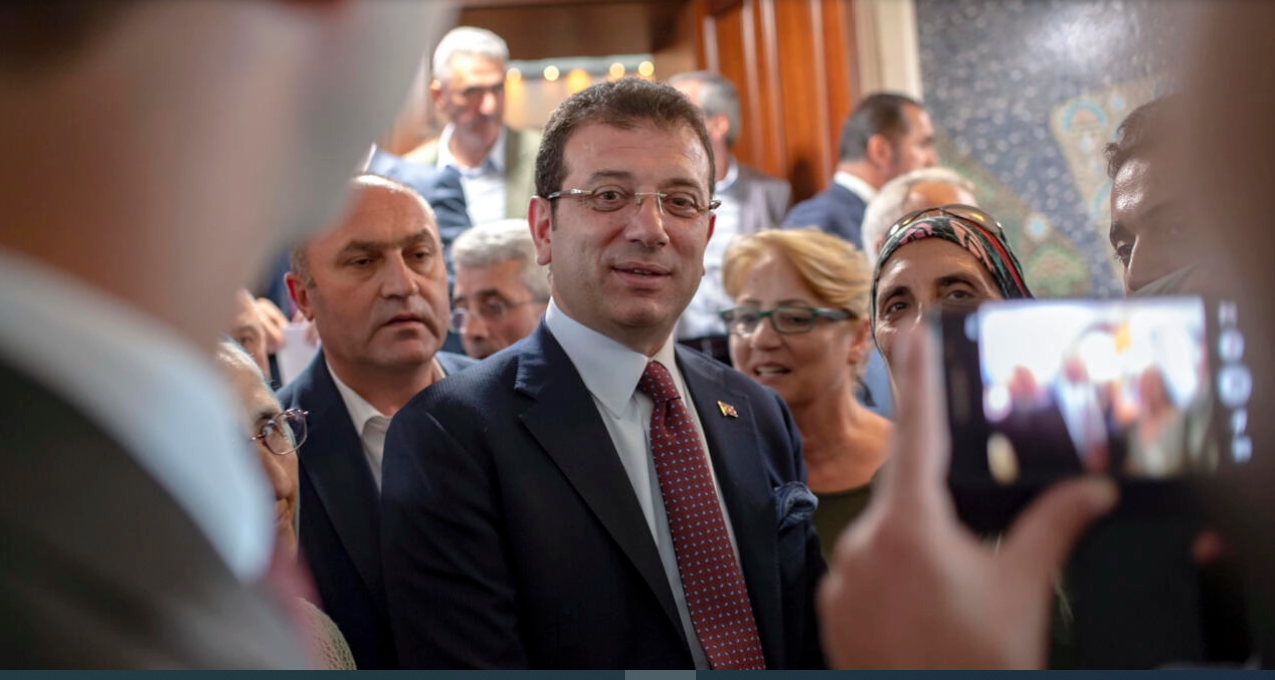 Turkish prosecutors on Friday sought to jail Istanbul’s mayor, Ekrem Imamoglu for at least 15 months, which would bar him from politics, over a remark he made after defeating an ally of President Recep Tayyip Erdogan in 2019  municipal elections, his lawyer said.

Ekrem Imamoglu, a member of the main opposition social democratic party CHP, did not appear at the latest hearing of the controversial trial on Friday, which was adjourned until December 14.

As tensions simmer seven months ahead of presidential and legislative elections, Imamoglu, 52, faces charges of “insulting” public officials after being stripped of his narrow March 2019 win over the ruling party’s candidate to become mayor.

Prosecutors on Friday demanded Imamoglu be jailed for between 15 months and four years and a month, his lawyer Kemal Polat said.

Any sentence would automatically ban the mayor from political office for the duration of the sentence, the attorney said, denouncing a “political affair”. If convicted, Imamoglu is certain to appeal, a process which ought to take years, judging by the slow pace of the Turkish judiciary. However, if the conviction is politically motivated, as the opposition claims, the final ruling can be expedited. In this case he would not only lose his eligibility or he presidential race but also his post as the mayor of Istanbul.

Leaving Friday prayers, Imamoglu said he was hoping to be acquitted.

“These types of legal procedures push people to despair, especially the younger generations,” he said.

Erdogan — who launched his own career as Istanbul mayor and views the city as his home turf — refused to recognise the result of the 2019 ballot.

Election officials called a fresh poll after reportedly discovering hundreds of thousands of “suspicious votes” once Imamoglu had already been sworn in.

The decision to call a re-run sparked global condemnation and mobilised a groundswell of support for Imamoglu that included former ruling party voters.

He won the re-run, but months later let his resentment at the ruling party spill over.

“Those who cancelled the March 31 election are idiots,” he told reporters at the time, sparking the ire of the authorities.

In an interview broadcast on Fox TV earlier on Friday, Imamoglu said he had faith in the justice system.

“I am absolutely not interested in what will happen to me. I am not worried or scared,” he said.

“But I am ashamed” by this trial. “There cannot be such a ruling. It’s tragicomic.”

His fate is being watched closely for signs of judicial independence ahead of a presidential election which will see Erdogan look to extend his two-decade rule.

Friday’s hearing came one week after the party of CHP chairman and potential presidential candidate Kemal Kilicdaroglu said he had been charged under a new disinformation law with “spreading misleading information”.

A conviction could rule him out of the presidential poll.

Kilicdaroglu had tweeted that he held the Islamic-rooted AKP government responsible for what he called “an epidemic of methamphetamines” in Turkey, claiming authorities were syphoning off money from drug sales to help pay off the national debt.

Regarding Imamoglu, Kilicdaroglu has accused Ankara of “banning our mayor from all political activity”.

But he warned his colleague was “a big player who will stick in the throat” of those seeking to orchestrate his downfall.

Erdogan’s administration is battling an economic crisis, with inflation running at 85 percent over the past year, and is out to clip the wings of an opposition still reeling from the waves of arrests which followed a failed 2016 coup.

Recent weeks have seen hundreds of arrests of sympathisers of US-based preacher Fethullah Gulen, who Erdogan, once an ally, believes was behind the coup attempt against his regime.