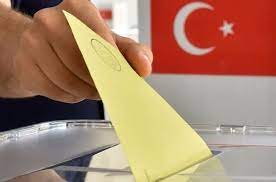 Recent polling from research groups across the political spectrum in August showed that the Turkish population is discontented with the current state of political and economic affairs.

According to a poll by research group Yöneylem, nearly 57% of voters would never cast a vote for President Recep Tayyip Erdoğan in a future election.

In the lead-up to the planned 2023 general election, these numbers show a populace disappointed with leadership and struggling with the economic crisis.

Another poll, the results of which have been shared by pro-government columnist Mehmet Acet at daily Yeni Şafak, shows similar trends to that conducted by Yöneylem, with some notable differences.

Among the 1,500 respondents to the poll, conducted by Konsensus polling company from the 22nd to 30th of August, over 30% believed that Turkey is currently managed poorly. Further, when asked what the primary issue facing the country was, the majority of respondents focused on economic issues: 40% cited unemployment as the primary issue, while 35.8% named the rising cost of living and high inflation rates.

Unlike Yöneylem, the poll did not publish data on speculative voting – it did say, however, that 42.6% of respondents wanted elections to be held early (compared to 57.6% who wanted them held as planned.)

Like the Konsensus poll, the Yöneylem poll asked if respondents would prefer an early election. However, Yöneylem results show overwhelming support for holding the election sooner: 55.2% were in support, while only 38.3% of respondents wanted the election to be held in June 2023, as planned.

Results in the Yöneylem poll also showed deep economic discontent. When asked what problem the Turkish government most urgently needs to resolve, 41.6% of respondents named the economic crisis, while 16.4% named unemployment. Further, 49.2% of respondents said that someone in their household was unemployed, and 47.8% said that in the last month there was a bill they were unable to pay or a critical purchase they were unable to make.

Current events seem to have also played a central role in respondents’ feeling towards the government, according to the Yöneylem poll.

The refugee problem in Turkey also played prominently in responses. As hundreds of thousands of Afghan refugees flee to Turkey (already home to the world’s largest refugee population), 79.1% of respondents to the Yöneylem poll believed that the government’s refugee policy was incorrect. Further, 17.2% of respondents stated, when asked what issues most urgently needed to be resolved in the country, that they were most concerned about the entrance of Afghan and Syrian refugees.

Taken together, these polls show a government that is losing its secure grip on power in the lead up to the 2023 elections. While there is still support for President Erdoğan and the People’s Alliance, and acceptance of their style of governance, these numbers show an increasingly powerful opposition and a populace increasingly discontented with Turkey’s government.