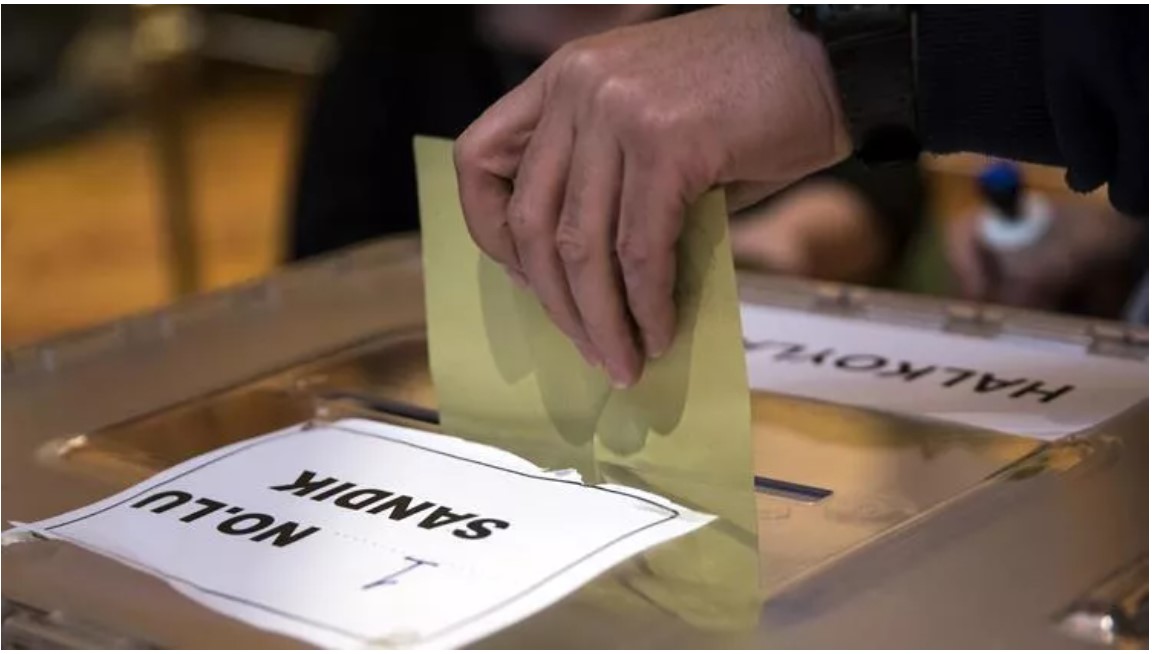 After an unprecedented week for Turkey’s currency, one that saw the lira appreciate over 70% from all-time lows at one point, President Recep Tayyip Erdogan expressed confidence that his country was on a path to stability and the foreign exchange “bubble” had been popped.  Most economists think the scheme will not work in the long term, exposing  Central Bank and the Treasury to unmeasurable  contingent liabilities. Nikkei Asia talked to pollsters and opposition politicians, who suggest the unprecedented and highly risky exchange rater trick is a harbinger of early elections.

“We have abandoned the traditional economic approach of keeping the inflation under control through high interest rates, went on Erdogan. Instead, we have adopted an economic policy that is based on investment, employment, production, exports and growth through a current-account surplus,”

“We have seen the bubble on foreign exchange rates disperse in a day with our package of measures,” he said, referring to a government plan to protect some lira deposits against currency fluctuations, as well as what market players saw as a concerted effort by state banks to aggressively sell central bank forex reserves to prop up the Turkish currency through the back door.

“We will witness a different economic climate through the summer once financial stability is ensured,” he added.

That statement has put the opposition on edge, wondering if the president is eyeing an early election or even a snap election that will surely catch other parties off guard. Presidential elections and parliamentary elections need to be held by June 2023.

Erdogan spoke before a meeting in Istanbul with economists, academics and media representatives including Nikkei Asia, to both listen to suggestions on the economy and answer questions. Also attending included lieutenants like the new Finance Minister Nureddin Nebati, central bank Gov. Sahap Kavcioglu, and Mehmet Ali Akben, the head of the Banking Regulatory and Supervisory Agency.

In the closed session, Erdogan recalled meeting economic advisers the night before a slew of economic measures were announced Monday.

Participants warned the president that indefinite state guarantees to foreign exchange fluctuations will be a massive burden on the Ministry of Treasury and Finance and the central bank.

Before Erdogan announced the series of steps on Monday, the lira had reached an all-time low of about 18.4 against the dollar — down some 60% over the year — following an aggressive cycle of interest rate cuts that began in September and saw the central bank policy rate drop an accumulated 500 basis points.

The benchmark rate now sits at 14%, while inflation shot above 21% in November. The deep negative interest rate has pushed Turkish depositors to shun their lira savings and to rush to other assets including hard currencies, and gold for inflation protection, tanking Turkish currency.

The new set of policy measures announced on Monday included a guarantee to compensate any loss of value in lira deposits due to currency depreciation by the treasury and the central bank.

The central bank will underwrite any loss due to lira weakness if holders of dollars exchange existing deposits in the banking system into lira and move to the new deposit scheme. Meanwhile, the treasury will reimburse any losses due to forex volatility while opening such lira accounts.

Combined, the moves are designed to encourage the de-dollarization of existing forex accounts while creating a chance of increasing central bank reserves, as well as discouraging further forex buying by individuals, easing pressure on the lira, and thus tame inflation.

According to opposition politician Umit Ozlale, an economist, the main motivation of the new scheme is to arrest the depreciation of the lira and to improve inflation expectations.

“If they can anchor inflation expectations, there is a possibility that they can succeed,” he said. “The critical thing is external financing requirements. If they can create a current-account surplus and high debt rollovers, that may be successful up to one year.”

The one-year time frame may have political implications, Ozlale said, suggesting that it may be a move with an eye on an early election. Erdogan has until now vehemently denied such speculation and insists that the elections will be held on time in June 2023.

Metropoll:  “All signs lead to a snap election by Erdogan”

Ozer Sencar, head of leading pollster Metropoll, said, “All signs lead to a snap election by Erdogan,” pointing to the 50% minimum wage hike announced this month, the promised wage hike for public servants and now the new deposit scheme to prop up the lira.

“A snap election can be called in two months once it is decided at parliament and it can catch the opposition off guard as they still don’t have a presidential candidate and have not made the necessary preparations for elections on the ground,” Sencar said.

“Some in the opposition camp thought that the economy is so bad that an election win was a given. Underestimating Erdogan is a grave mistake.”

Monday’s announcement, which came after the local market closed, triggered an unprecedented rally of the lira, taking the forex rate against the greenback as low as 10.2 lira. The lira was 7.4 against the dollar at the beginning of the year.

A treasury desk trader at a Turkish bank said this week’s indirect intervention into the lira through forex sales was in the $10 billion range. This was accompanied by private requests by authorities to companies to withhold any non-urgent dollar-buying for now. These lira-supporting measures were confirmed to Nikkei Asia by other sources.

Durmus Yilmaz, an ex-central bank governor, told Nikkei Asia that the measures “may work in the short run to stabilize the lira, but all hinges on the trust of depositors to the new scheme.” Turkish individual depositors hold $142 billion worth of foreign currencies in their bank accounts.

Is TL appreciation a “good thing”?

During the meeting, some academics cautioned Erdogan that providing state guarantees carries the risk of massive accumulated debt at the treasury and central bank if the lira depreciates too much. There is also the fear of additional inflationary pressure from the new scheme, some said. Erdogan appeared to be listening carefully, taking detailed notes.

Already, the accumulated depreciation from the currency shock over the past few months is expected to accelerate inflation in the first quarter. Both Barclays and Deutsche Bank expect inflation to reach the 30% level.

If Erdogan’s new economic measures have only a short-term effect of propping up the lira, could that mean he is eyeing an earlier election than 2023? The opposition believes that may be the case.

Meanwhile, authorities seem to be aware of the risks pertaining to indefinite state guarantees.

“Everybody here knows there is no infinite time or resources. There is no such thing,” Akben, the banking watchdog chief, said at the meeting.

Kavcioglu was bullish on the new scheme, saying it will “kill five birds with one stone” — namely that it will maintain a foreign-exchange rate equilibrium, decrease inflation, obstruct dollarization, increase central bank reserves and decrease interest rates. He said it is in line with Erdogan’s unorthodox mantra that “(high) interest rates are the cause and inflation is the outcome.”

Erdogan was also wary of an appreciation of the lira that is too fast.

“We should approach this very delicately and carefully so that we should not spook our industrialists and exporters,” the president said.

“The central bank and all other units are managing the process very delicately,” he added, suggesting the administration does not want the lira to appreciate so high that Turkey loses export competitiveness.