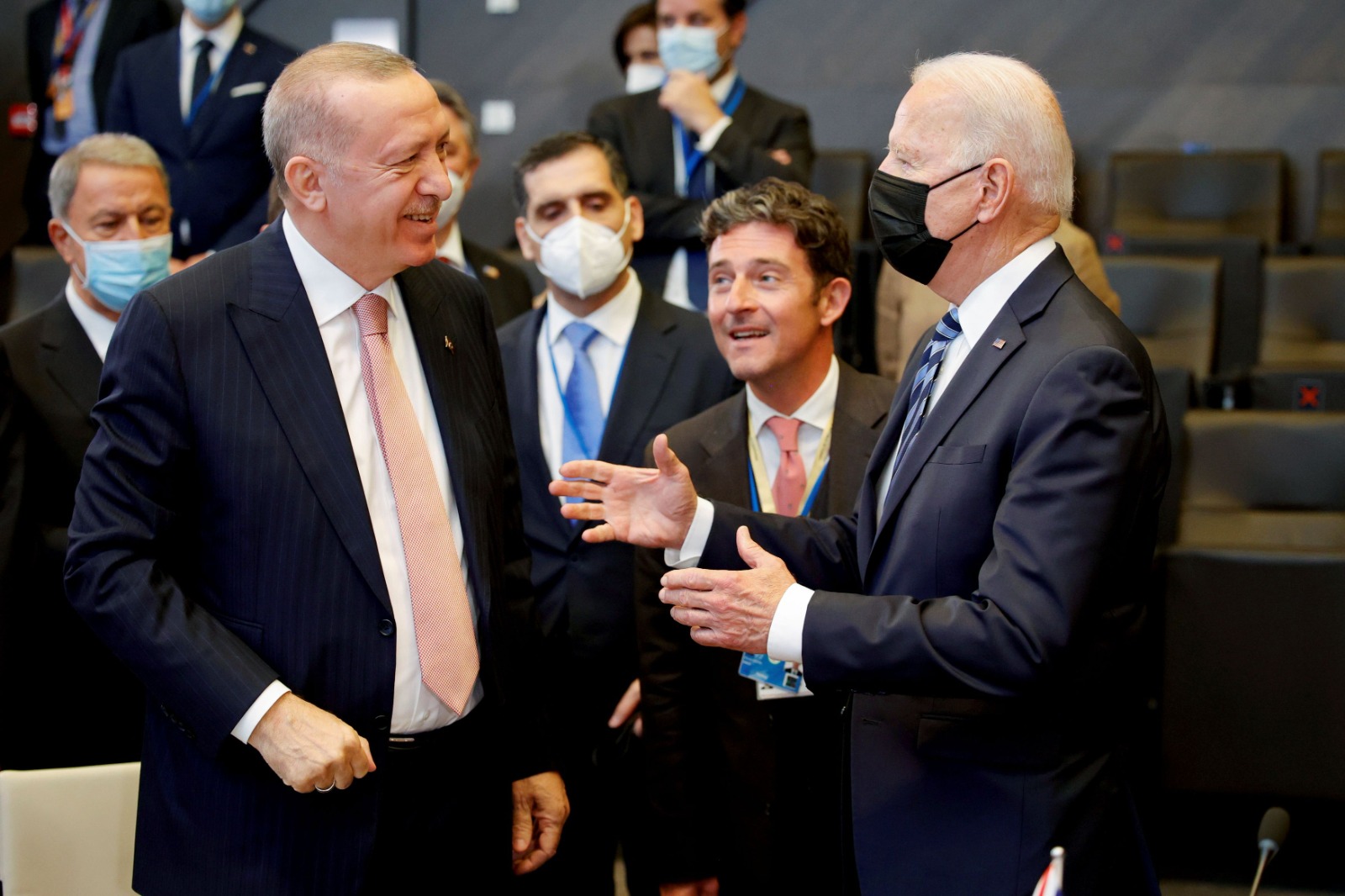 The long-awaited first meeting between President Recep Tayyip Erdoğan and U.S. President Joe Biden as two leaders took place on the sidelines of the two-day NATO summit on June 14 in Brussels.

The two presidents handled key issues of tensions between the two NATO allies with Turkey’s purchase of Russian S-400 missiles and the future of Turkish soldiers in Afghanistan after a U.S. pullout marking the agenda.

“There are no issues that cannot be solved,” Erdoğan said after the meeting.

Speaking at the press conference after the meeting and the summit, Erdoğan elaborated on the role that Turkey can play in Afghanistan.

“I have very clearly expressed our thoughts on Afghanistan to Mr. Biden. If Turkey is not asked to leave Afghanistan, especially if certain support is wanted there, then the support of the United States in diplomatic, logistics, as well as financial matters is of great importance. Also, of course, it is not possible to set aside the fact of the Taleban here. We told the U.S. our intention to take Pakistan with us. We want to give this support as the people of Afghanistan faces no difficulties. For now, there is a consensus, there are no problems,” Erdoğan said.

No concrete solution in the S-400 issue

Erdogan also responded to a question about the S-400 missiles, a key issue of conflict between the two countries.

“I expressed our opinions to the President. I mentioned the F-35 issue in the same way,” Erdoğan said.

The U.S. imposed limited sanctions on Turkey after the purchase of the Russian systems, also expelling it from the ongoing F-35 fighter jet project. The Senate threatens Turkey with further sanctions in case it buys another batch of S-400 missiles.

The two countries will look into further military project cooperations, Erdoğan said.
“In the upcoming period, our foreign minister and defense minister will meet with their counterparts.”

Erdoğan said that the talks on this issue at the level of ministries will continue.
Turkey had initially attempted to buy U.S. Patriots but the process was not concluded.

“America did not give the Patriots, so we had to buy the S-400s. We asked our defense and foreign ministers to discuss among themselves what we can do about these issues together” Erdoğan said.

Erdoğan: No problem that cannot be solved

Before moving on to the questions, Erdogan said the following about the Biden meeting:

“We have just met with U.S. President Joe Biden on the occasion of the summit. We had a comprehensive exchange of views with Mr. Biden, with whom we have a long-standing friendship. We discussed both the issues on which we disagree and the areas of cooperation in fields where we have common interests. We discussed the work we will do in geographies where we need effective cooperation.”

“In this meeting, we evaluated the steps to be taken in order to fully realize the economic potential between us, taking into account the new opportunities that will emerge after the pandemic. We agreed to use direct communication channels that befit the two allies and strategic partners.”

“It was a very useful and sincere meeting. We see that there is a strong will to start a productive cooperation period based on mutual respect and interest in every field. We think that there is no problem that cannot be resolved in Turkey-U.S. relations, on the contrary, our areas of cooperation show a wider and richer outlook than the problems.”

Erdoğan said he invited Biden to Turkey. He said Biden also said that he could come to Turkey “after getting over his busyness.”

U.S. news sources announced that Biden said “It was a very good meeting” after the bilateral meeting.

Both leaders left behind a busy day of diplomacy.