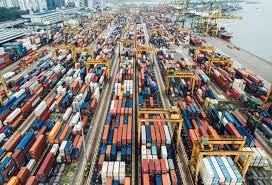 Turkey’s current account deficit narrowed by 67.7% in April as the foreign trade balance improved and the deficit declined to $1.71 billion from $5.3 billion in April 2020, when the first outbreak of COVID-19 led to the closure of most businesses.

The decrease was mostly due to a narrowing in the goods deficit, which fell by 60.7% to $1.51 billion, and a positive balance of $811 million in services. That compared with a deficit of $339 million a year earlier.

The current account balance, excluding gold and energy, posted a surplus of $942 million compared with a deficit of $3.55 billion a year earlier, accounting for bulk of the improvement.

The 12-month rolling current account deficit narrowed to $32.7 billion, equivalent to 4.3% of recorded gross domestic product. It had stood at $36.19 billion in the 12 months to March.

A net $1.53 billion of portfolio investment exited the country during April. Turkey’s official reserves recorded a net outflow of $1.18 billion.

During the first four months the accrued 9.6 billion current account deficit was financed by net errors and ommission to a tune of 75% reflecting the fragility of the financing side despite the narrowing of the deficit.

For end of 2021 despite the market expectations at USD 27 billion current account deficit the performance in the first four months show it will be close to USD 20 billion; 2.5% of GDP.  Such an improvement will hardly lift the pressures on TL with Turkey’s 17% CPI inflation estimation for YE21, 38% PPI inflation and the expected Fed tpareing announcement in late 4Q21.